isqltychips said:
So what is the situation with chargers... will all tanks be charged before the big fight?
Click to expand...

Yes. I recommended Matt to spawn in a SAM site charger as a method of keeping all the techs charged. I hope he does not use it as the actual charging method though unless he gets like 12 of them.

We can, but they won't actually be used.

You can use official modded skins but don't expect Matt to ensure each tech has the correct paint.

A few things I have to say about the tournament...

As of the verdict on anchors and power generating blocks, I suggest that you're allowed to have them for only god-knows-who's sake, but not allow anchoring, since this gives an inherit benefit to the one anchored, being a literal constant stream of power. In addition, I also suggest the scenario being co-op creative once again for logistical reasons, though this could hamper techs using dynamo generators.
I mean, after all, one of the requirements is that it's a tank with tracks, having something that keeps you in place, or tethered, is just not appropriate for this situation.

As for all the techs having full power, I highly suggest rabis' R&D creative charger. It generates an ungodly amount of power, but since it behaves as an explosive bolt, it'll immediately be removed once the AI finds a target and will be rendered useless until the tech gets to the point where it has entered combat. Though it is an unofficial mod, I think it'd help out greatly.

Lastly, the choosing of winners for the battles. I think each round should be played 2-3 times, as there is a significant amount of randomness in play here. If there are different winners, you can pit them off against each other for the next round. Also, if there are two tanks and the end where are fully incapacitated (such as not being able to move or having no weapons left), rather than rerunning the whole round I think they should be reloaded in and pit against each other to see who'll move forwards. Also, I personally don't think the actual final round(s) should be 1v1s, but keep the soul of the challenge and in the midst of chaos see who prevails.

also also Matt, you had misspelled "Stream"
...Tune in to the Steam (Date/time is TBC) to...

also also also I think there should be practice runs on the streams that lead up to it so we can ensure that it works and simultaneously get some content out of it as well.

alsox4, we haven't ranked the warships by prettiness yet
Reactions: BlueSquare, Matt and Vertu

A camera tech and a big charger tech can be used in coopcreative mode:

You should use the arena from the RR mission where you test out the sonic blaster.

yo imma make a trophy for this like we had on the naval warfare, @Matt can anchor the trophy as neutral smack in the middle of the carnage, it'll be hilarious

You can, however, there's currently a bug that is preventing Techs from spawning with the correct modded skins. I won't be able to go over each submission to apply the correct skin, unfortunately. So yes, you can use skin mods, however, it's highly unlikely they will appear correctly in the challenge. It's best to use the vanilla skins.
Reactions: Aardvark123
S

joseph racer said:
You should use the arena from the RR mission where you test out the sonic blaster.
Click to expand...

Simply put, no. The arena is far too small for our purposes, and since the setting is likely to be co-op creative, I doubt you'll be able to get the prop in. Even if you do, or if it's in singleplayer, the natural slope is not conducive for AI maneuvering and will just cause all of them to smash into each other at some point. Though, yes, it is part of the chaos of a 20 tank brawl, it's not supposed to be that bad. Also, we just simply don't use the props for the battles, it's just not a thing that we do. Maybe in the future, but I highly doubt it'll happen.

Since apparently my submission got deleted presumably because I had my lifter tech with my submission I will move it here. I can't shake the feeling that I did something wrong and deserve it.
Deleted my special organized font and everything. >_>
Link: https://steamcommunity.com/sharedfiles/filedetails/?id=2284286964

Darvin said:
yo imma make a trophy for this like we had on the naval warfare, @Matt can anchor the trophy as neutral smack in the middle of the carnage, it'll be hilarious

Will it be 1mil HP instead of 10mil due to the heavier cost restrain? Me and Legionite can't contribute 60% of the health this time.
Reactions: Aardvark123
A

so my link is errored how do i fix that 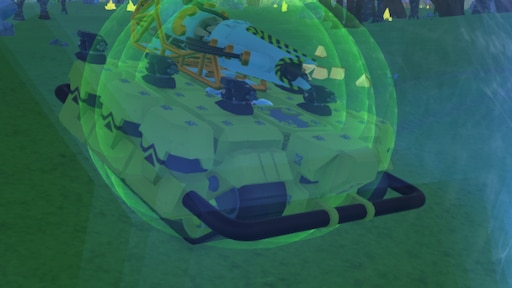 Vertu said:
Will it be 1mil HP instead of 10mil due to the heavier cost restrain? Me and Legionite can't contribute 60% of the health this time.
Click to expand...

the price will be 200k, but still 10mil on hp because its made from our hopes and dreams. now i have to think about what shape of trophy that best represents this challenge
Reactions: Aardvark123
T

What does this mean in the rules?

Tom Bonge said:
What does this mean in the rules?

Any tech that uses more than one cab. Generally the tech uses explosive bolts and splits into several techs. Its very cool


joseph racer said:
You should use the arena from the RR mission where you test out the sonic blaster.
Click to expand...

I like the Idea of an arena of an appropriate size, mainly to keep the chaos contained if hovers were included. (Also the AI would need some tweaking to know that it has hit a wall and it can not go any further.)

However with Tracks being the only mode of propulsion, there is little chance of a runaway tech, we are more likely to see circle of death.
Still, an arena would would be good for atmosphere <<Queues Music - Alan Parsons Project, Sirius Eye in the Sky>>
J

Is it better to make smth deadly or to make an actual tank?

Oh Damn it. Is this the real life?

I attempted to express concern for death circles in this challenge on stream. I heavily encourage installing the target lead TTMM mods @Matt to prevent death circles.
Also, I am jealous @burger1113.

i just finished building my tank, but as always uploading it to the steam workshop doesn't work for me...
So where can i find the snapshot in my PC Folders so i can upload it as a .png? (I think that's how it worked in the naval challenge as well?)