Basically, a decorative, yet functional, old style, muzzle loading cannon. Why? Well, maybe some people just like doing things the old way, or have way to much money and spend it on buying rare antique cannons for some reason, not that it wouldn't be hard to make replicas given the game's time period. Also, Special doesn't have any weapons yet. Either way, why not.
It would likely be 2 wide, 2 tall, and 4 long, with four attach points on the back half of the bottom side. The barrel is the only part that extends into the front half of the block. It would be able to aim up/down by about 30/15 degrees (respectively), and could potentially rotate left/right by about 30 degrees in each direction. It would shoot cannonballs (obviously) with a low rate of fire (somewhere similar to or longer than a megaton cannon) which have a moderately low velocity, which results in a fairly short range, but they would deal a relatively large amount of damage, with a blast radius of 1-1.5 blocks. They don't actually explode (maybe give them a particle effect of dust/shrapnel from the impact instead), this is just to make them seem like they are putting sizable dents/holes in whatever they hit. It needs a small blast radius so that it mostly doesn't penetrate beyond the first block, but so that it can damage other blocks on the surface of the tech it hits.
In short, not ideal for combat, but it does work. It is mainly just to show off. 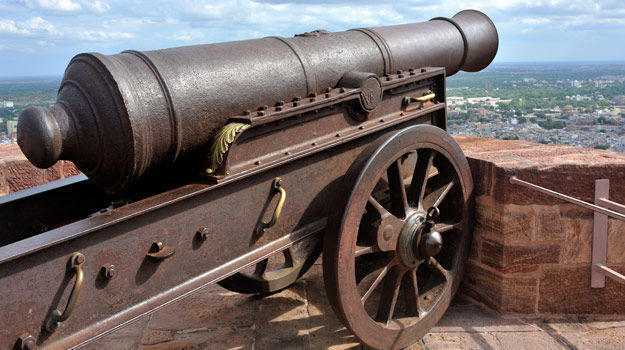 Seems like a weapon of choice for the Space Junkers.

I can also imagine a version that fires out non-explosive shells that would deal more damage on a single target.
Reactions: Lord Zarnox and Soviet_Samuelson

Legionite said:
I can also imagine a version that fires out non-explosive shells that would deal more damage on a single target.
Click to expand...

That is the point of the small blast radius. I don't want it to act like an explosive weapon, but with only direct damage, it will do practically nothing it it hits a really weak block, such as a venture strut, in which case only that block gets destroyed, and all that excess damage is wasted. The 1-1.5 radius damage volume is simply so that it isn't useless against targets made of many tiny blocks. Against larger blocks, which could potentially withstand all the damage, it is unlikely that the AOE will reach adjacent blocks, so it will act like a high damage, direct damage shot in this scenario.