With the upcoming introduction of Photo Mode, we want to see what awesome screenshots you've been taking.

Post your screenshots to this thread and we'll go through them in next week's stream.

Photo mode is only available in the TT_Unstable Branch right now so you'll need to switch to that in order to use it. Here is a quick vid on how you can switch build:

I used to have a solar eclipse screenshot from long ago but it seems I might of lost when I was moving accounts.

All the way from the Switch dimension comes my prized tech The Froggy. This is only a taste of what’s to come and I can probably get some better screenshots of him with different equipment. This is just a post putting him in the big leagues.

Some Voltarus Rail Cannon shots I thought looked cool, might post other cool moments if i find any more.

Welcome to the Foundry

Every single Dreadnought I have made to date (plus or minus some lost to windows reinstallations), 37 ships, 42 techs (the two really big ones are MTs) 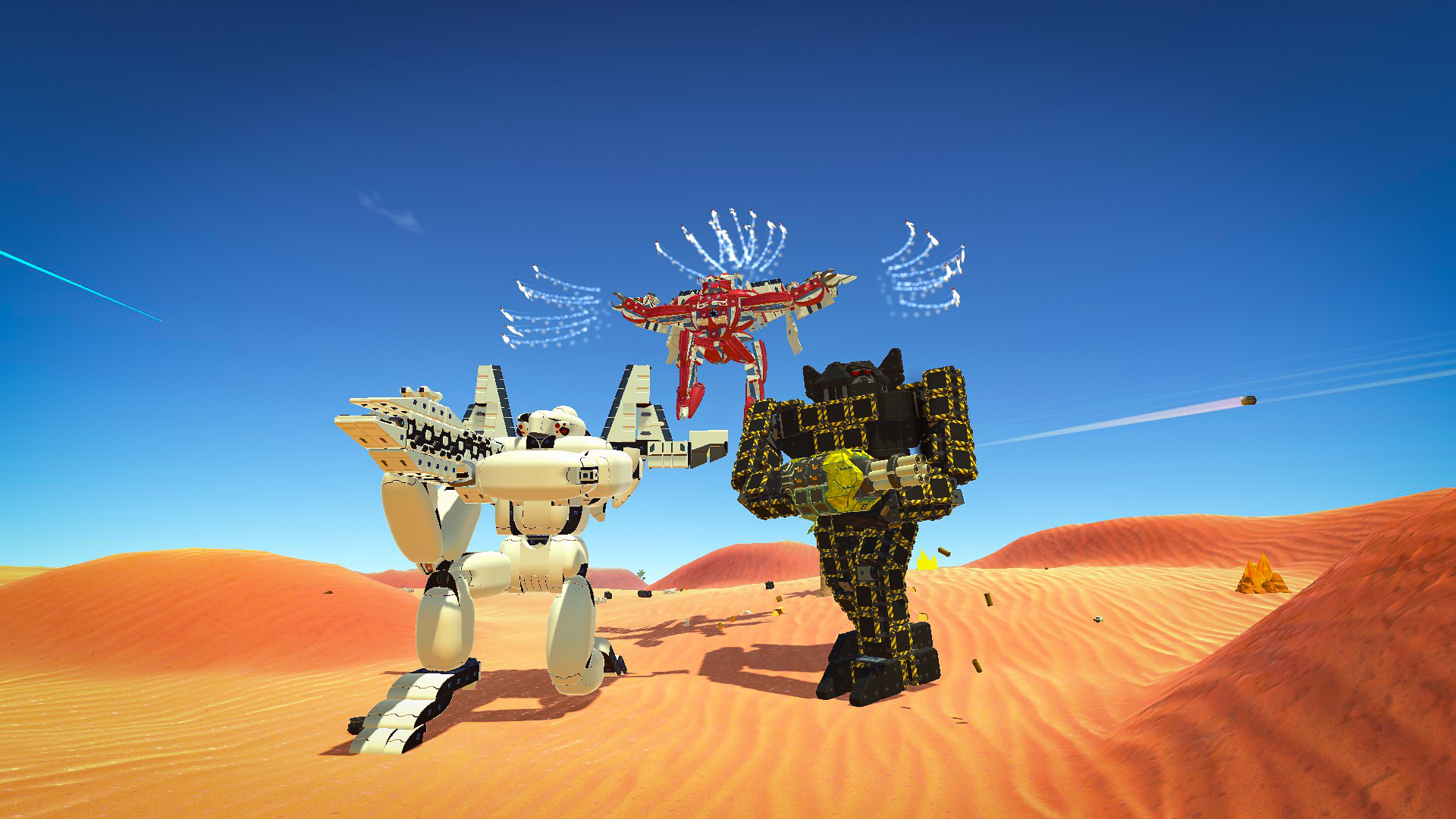 Alright here are the snapshots, word of advice, I've pretty much used every big mod especially the weapons and don't forget about the swivels which may not behave properly when loaded in.

I draw TT models for fun

This is Ground Control to Major Tom...

"A Zesty armada be headed to thee!
Keep thy wits upon thee, and you shall be fine as a lemon tree." -- Sir Robold of Iron-Thorn, Kobold Construct 002, Lemonian reinforcement commander and lorde.

Here's a wonderful Lemonian screen-capture of my newest techs arranged into a personal mini-fleet, including a real Lemon Kingdom tech, made and fueled with 100% real lemon juice and recycled pixels (not from concentrate). ​
Reactions: Sapioit, dogwithwifi, Matt and 6 others

Coming to you from the depths of the R&D Labs,

The BlueLine version of my prized Space Battleship spanning around 520 blocks in length, around 120 blocks wide, and over 130 blocks in height. (anchored for lag reduction and made up of 24 main sections, and 32 deployable MT turrets)

Very old fleet here from 2018 with a few Star destroyer type ships I built from the movies.

Not everything is in working condition but its held up fairly well I think.

A couple screenies of my personal fleet.

I present from the depths of my snapshot library...
The Turkish Military

A project that stemmed from the continuation of what was a mere joke at the time, the Turkish Military is a force to be reckoned with (seriously, I have racked quite a few [player] kills with them).
The Turkish Military is a collection of techs built for pvp, as is with me. As such, some may be more visually displeasing than others, but at least I spared you the bubbles.
Each tech is built around the Turkey, it is essentially the heart of the tech. Without it, you carry no pride nor honor. On a similar note, depictions or displays of turkeys being roasted or burned will be seen as a direct insult and lethal actions will be appointed immediately.

The Turkish Military is split into three branches, one of which consists of two sub-branches.
The Air Force
The Turkish Air Force consists of very few techs due to less concentration and the plans for a Space Force, but regardless there are other techs under construction and in development for this branch. There is a main fighter (might right), bomber (far right), and helicopter (top middle). The fighter's design favors firepower and batteries over direct maneuverability, but is equipped with a pitch booster for sharp flips in a dogfight. The bomber includes cannons in its bombing armament alongside the cruise missiles for strong dive or artillery hits. It's also fitted with a set of suspension decoys to fool any trailing missiles coming your way. Lastly, the helicopter, the newest addition, has heavy armament to prey on land techs. Though it suffers in ascension speed, it has powerful boosters that can be paired with the pitch for more control.
The Navy
The Turkish Navy is by far the heaviest sector of the Turkish Military, including a cannon-based battleship (far left), a frigate (less left), a heavy cruiser (middle left), a corvette (middle), and a missile-based battleship (far right). The cannon-based battleship has a quadruple cannon broadside, including a variety of missiles. Paired with a sky anchor solar panel combo as well as the ability to roll and boost, this ship is adequate for raining artillery on your enemies as well as get in closer-range fights. The frigate is a light ship, built as a patrol, vanguard screening ship, escort, or general AI aid tech. While the weaponry is modest, it can still get the job done for a decent cost. The heavy cruiser utilizes two dual BS cannon MT turrets in a style similar to the KMS Adimiral Graf Spee, the use of two high-mid caliber guns on a cruiser. It's also equipped with secondary rapid fire cannons, miniguns, and cruise missiles that simulate torpedoes. It has high versatility for when you need it. The corvette is essentially a shrunken cruiser or an enlarged frigate. With three HG1s and frontal BS cannons as the main armament alongside the vertical cruise missile racks, added to with various missiles and guns, the corvette can be hastily dispatched to most threats and neutralize them with ease. Another general ship, but it has stronger boosters and more armoring to keep itself alive. Lastly, the missile-based battleship is a super heavily armed and battery supplied battleship covered in all sorts of weapon systems. As the most expensive, you can be assured that anything that crosses its path will be steamrolled.
The Army
The main garrison
The majority of the Turkish Army, the garrison holds the wheeled ground techs. The main garrison is the latest addition to the Turkish Military, put together for dealing with the smaller threats more effectively. The sub-branch includes a missile equipped booster-powered scout (left), a mid-size recon vehicle (middle), a missile patrol (middle front), a MLRS (middle rear), a smaller sized general tank (middle-right), a weapons supply vehicle (mid-right-rear), an IFV bullet car (right), a power supply supply truck (rear right), and a MT tank (front right).
The main caliber
The big guns of the Turkish Army, the main caliber brings the tanks with heavy armament. The sub-branch includes a dual purpose MBT (left), a missile-based tank (less left), a smaller dual purpose MBT (mid-slightly left), a mobile forwards operations vehicle (rear right), and a dual purpose tank destroyer (far rear right).
The dual purpose function of the main caliber tanks are their pitch boosters at their fronts. It lifts up the front side, allowing them to act as artillery or even AAA in the right circumstances. It gives the tanks a greatly increased range that can win them most engagements.

Last minute submission but here is my baby rover car. It does the good shoot and drives really well. I called it Scooter

I draw TT models for fun

its cursed, 'aint it​
Reactions: Aardvark123, Sebby, zugbug33 and 1 other person