TheGamingEnder said:
Hello again! I have decided to reboot BlackWing from my end
Click to expand...

I've been meaning to ask you, i'm working on modded blocks designed specifically for planes, can i relase it as 'blackwing blocks' or something?

sure! I might use them at some point, if my computer will behave and allow it. 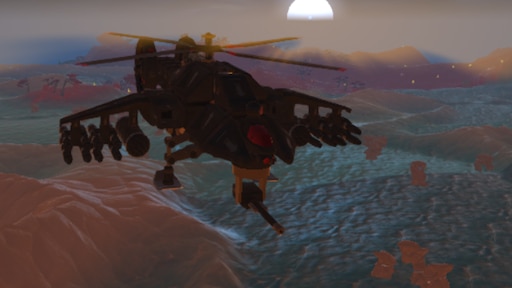 Description: As the first rapid attack helicopter from Operation BlackWing that has been declassified for civilian/commercial use, the Preying Mantis is the top choice for a rapid response or direct incursion into hostile territory. From ground support, anti-personnel and anti-tank warfare, to simple escort mission, this airborne cavalry is able to deliver bleeding edge BlackWing armaments into the front line. With 3 weapon placement on each wing, the Preying Mantis can be fitted with varied weapons for different roles altogether, thus giving it the flexibility to perform multiple roles in a single mission. The twin jet engine on both sides of the fuselage can also provide additional boost to increase mobility in the heat of battle, giving the pilots the advantage they need to win an engagement 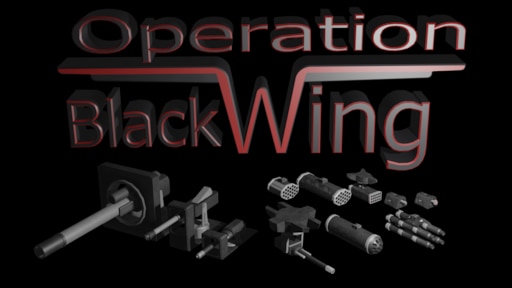 I am going to install these blocks, and then possibly test a way to get a VTOL system that does not interfere with the wings, or maybe a auto-gyro/gyrocopter. both of these will be requiring new controls and fine tuning, until I can release them with the way to properly use them.

No man, it's preying mantis, because it hunts for prey ehehehehehe get it?

No, it's praying mantis

Nooboid said:
No, it's praying mantis

it's named that way because it's front limbs are in a position that looks like they are praying
Click to expand...

i'm not very good at understanding stuff like that

Question: do we have an emblem/logo/icon? if not, can i make one?

Edit: so i just made one

that logo is amazing. I had no ideas to make a logo, but that one is perfect.

Fresh from THETA Shipyards, The Dark Sky. A complementary aircraft to the Black Angel, this aircraft is designed for short-ranged strikes on a designated target, using it's jets to get close and using a large array of cruise missiles to blast a hole in just about anything. Limited fuel, but comes with enough auxiliary thrust to keep it in the air without fuel.

Some people may get a little upset for what is kinda a necro, but I may come back to Operation BlackWing, now that I'm recharged and ready to roll. I think now with my new mindset about mods, I think it's time I oiled the gears here and get things moving again
Reactions: Nightblade Greyswandir

roughly 10 months later, and I've gotten a gameplan for BlackWing to help bring it back in terms of the forum operation itself.

Well, after a long time, I went back into my old building save, and noticed this:

although it's designated for my sub-division in NOVA dubbed NASF-01, the Subsonic was originally a BlackWing design, and I felt it would be right to send it into BlackWing's hangars as a bit of a temporary tech while I work on designing and building new BlackWing techs. It also does hard-confirm that BlackWing is a part of NOVA, as well as my own kingdom, ZTech.
You must log in or register to reply here.
Share:
Facebook Twitter Reddit Pinterest Tumblr WhatsApp Email Link