my own aircraft will be done soon. I kinda lost it twice due to not saving it and removing kit from existance
Reactions: Skihiley and Seth_Seth

warbrand2 said:
Don't think it has to be aircraft.
Click to expand...

are we still not allowed to use modded blocks or?
Last edited: Sep 5, 2020
Reactions: Skihiley

well i accidentally made a plane for personal craft too but got it NOVA discourages usage of mods but doesn't completely block it
Reactions: Skihiley

Seth_Seth said:
i uh what

well i accidentally made a plane for personal craft too but got it NOVA discourages usage of mods but doesn't completely block it
Click to expand...

Think they are saying vanilla sucks.
Reactions: Skihiley and Seth_Seth

Alright so mods are encouraged not discouraged, got it.. sidenote, planes

I'm not good enough yet to slap together a personal aircraft but i've made aircraft, I'll post 'em in this post and the barely even DL one (since that's where i dump my own techs at.) They utilize rafs skins and that's it, no modded blocks
So uh, introduction of the Dalgux and Sater family of planes (literally just labeling lol)

My first proper plane and an ugly one at that, still works wonders though with 6 Cruise Missiles and some VEN guns (not on S) alongside Wyvern inspired wings and ZG props, still fragile but most planes are like that..
Sa-03 "HummingBird"

The thing i made literally right after the Blizzard, more lighter on weapons and i think smaller, but has a better speed and looks better.. plus cost too

Both of these very dislike rough landings too, preferably do front lean land for them when you do land them, though only risk is the bottom props and other tall blocks getting damaged but uh have fun with them i may try to figure out how to do RP like stuff again eventually
Reactions: Darvin and Skihiley

Skihiley said:
when will your personal crafts be done
Click to expand...

this thing is budget cuts if it was armed, land on the rear or you'll blow yourself up
uses TT CD skins
Reactions: Skihiley

uhh that much
Reactions: Skihiley

i'll be trying to slap together this landship/carrier hybrid's actual equipment this week lol
Reactions: Skihiley

Slight issue, accidentally made it too grand for my own use, plus its not really multirole beyond carrier and landship, I'll design a smaller vehicle that can hold a plane or two rather than like 20 and have more capabilities for NOVA and export this.. thing elsewhere (other people can have the capital units, i can probably just handle smaller units.)

Still wanting the first vehicle i make for NOVA be my personal craft and a bootleg battleship carrier doesn't really seem like my kinda more modern of can't get motivation long enough to make golden gun 2 style.
Reactions: Skihiley

so, the first client mission from ZTech will be coming out soon, and with it plus some new things I learned I present my personal aircraft, the scorpion. hail the missile and lazer spam(comes with powerable things):

yeah, and it has linear motion engines, which save my fingers a ton. so I know these things were underpowered and weak, so I put in some hawkeye repair bubble, shield, and a couple of batteries. and I strapped so much lasers and missiles lathrix would be pleased. also during maneuvers in flight, the missiles on some tend to collide with the launcher and explode instantly, which probable is not good. if the viper was for shredding enemies, this thing is meant to obliterate them.
Reactions: Legionite, Skihiley and Seth_Seth

to be honest, the new Z11 performs a little better, but for an aircraft of this size, the firepower is over the top, where the maneuvering is a little less than stellar.
Reactions: Skihiley 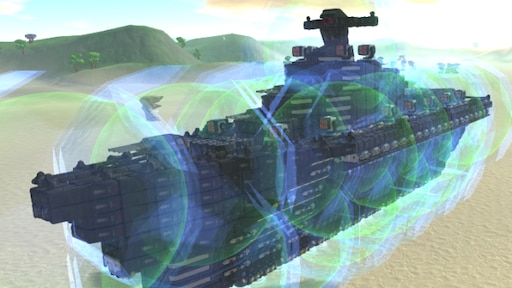 The Deliverance was the first ship ever constructed by Darvenstein Military Shipyard, back when Hawkeye haven't even invented vertical launch system for ballistic missiles yet. As a cruiser in the same class as the Deliverance, N.S.N. Ava J. Sharpe comes equipped with everything her predecessor had, and then some. Bolstering an armory of 48 vertical launch ballistic missiles, 70 cruise missiles, and 20 missile batteries, the Sharpe is the cornerstone of anti-ship and anti-air defense for Carrier Strike Group NOVA-01 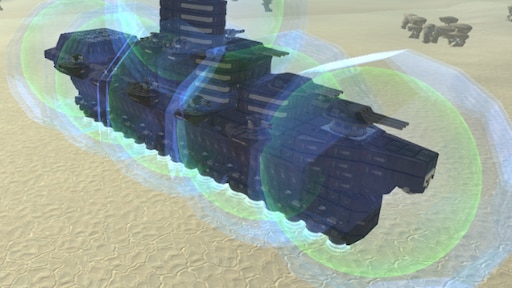 Armed with a total of 34 railguns, N.S.N. Ray Carson Palmer is designed with the traditional naval doctrine of anti-submarine. However, in NOVA Spaceborne Navy this ancient way of thinking is further transformed for space faring vessels, where there is no water surface for submarines to hide in. This frigate is essential for screening the ground for smaller techs, mines, and other obstacles on the surface when Carrier Strike Group NOVA-01 is operating on a planet, while in space, these railguns gets even more freedom to aim because there is no up or down, so the Palmer can reorient itself to maximize the railgun capabilities. This frigate also equipped with several vertical launch ballistic missiles (although not as much as the Sharpe) to strengthen the fleet's air defense even more 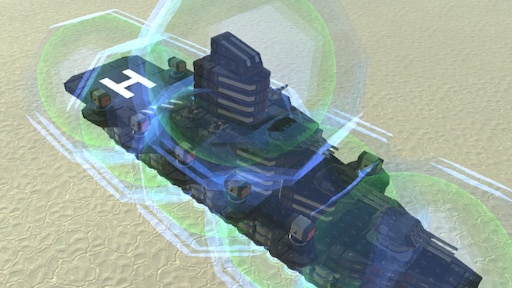 Usually hangs back in the rear of the fleet, this ship is a multi role frigate equipped with a considerably large helipad on the upper deck. This helipad can be used for accommodating smaller techs and sometimes can even be used as an open cargo bay when the mission involves disaster relief efforts, or requires a huge amount of logistic supplies. As the fastest ship in Carrier Strike Group NOVA-01 with top speed of 57 knots, this frigate can perform supply runs and then regroup with the fleet on its own. With an array of missiles batteries both on the upper and lower deck, this is not your everyday defenseless supply ship, but a combat frigate capable of carrying its own weight in battle

Skihiley said:
If you can do this with vanilla stuff, you should definitely try messing around with mods!
Click to expand...

actually the mods have been messing with me lol, i'm trying to make my own custom block but i just couldn't figure out how to make uv mapping works in unity

Darvin said:
actually the mods have been messing with me lol, i'm trying to make my own custom block but i just couldn't figure out how to make uv mapping works in unity
Click to expand...

You're.. better off trying to use the unofficial method first, also you do UVing in like blender or something not unity
Reactions: Skihiley

Seth_Seth said:
You're.. better off trying to use the unofficial method first, also you do UVing in like blender or something not unity
Click to expand...

yea, i got it made in blender, then how do i tell unity to use that uv map?

Darvin said:
yea, i got it made in blender, then how do i tell unity to use that uv map?
Click to expand...

You export the model with the UV you want and select the skin you're trying to use in unity, you do need to use the skins that it comes with or just steal textures from a vanilla block for unofficial so that it'll register the proper skin
You must log in or register to reply here.
Share:
Facebook Twitter Reddit Pinterest Tumblr WhatsApp Email Link