Darvin said:
i think a small photon cannon would be too OP, with this size you can only equip it on a destroyer
Click to expand...

Maybe not a standalone Photon cannon, but maybe something with about 1/7 the damage, 1/27 the size, shoots for 5 seconds, and a cool-down phase of like maybe 15 seconds? I was thinking of a slightly smaller profile weapon that has high damage output, but a really long cool down for my bomber jets and my heavy strike fighter I wanted to build. Btw, is the stand-alone weapon system based on the MK 45??

totally anonymous said:
I was thinking of a slightly smaller profile weapon that has high damage output, but a really long cool down for my bomber jets and my heavy strike fighter I wanted to build
Click to expand...

My next modpack will be focused on destroyers and heavy destroyers, you can push this idea for the next community research grant


totally anonymous said:
is the stand-alone weapon system based on the MK 45??
Click to expand...

Stand-Off Weapon System, yes the visual design is inspired by mk 45 naval gun, but functionality wise, it works like a turbolaser from star wars

Courtesy of Prof. Renée de Clairmont and Dr. Steven Osgood from NOVA Academy of Mathematics and Natural Sciences, this engine is a miniaturized version of the Epstein Drive.

Despite being 80% smaller, the C-O Drive is capable of producing up to 20% of the original Epstein Drive's thrust output. The compact nature of this engine also means that it can fit in a smaller ship, or install several in a cluster.

This model is also designated ProxMod2, which means it is equipped with Proxima Dark to achieve FTL travel, and uses a unique fuel pellet independent from the tech's fuel reserves, allowing ships to operate without any conventional fuel tanks
T

Darvin said:
My next modpack will be focused on destroyers and heavy destroyers, you can push this idea for the next community research grant
Click to expand...

very well, then I hope the talon is enough. Then I must ask, any plans for smaller frigate classes or less cubic hulls??

totally anonymous said:
very well, then I hope the talon is enough. Then I must ask, any plans for smaller frigate classes or less cubic hulls??
Click to expand...

You mean smaller armor plates? That's a no, because smaller plates will crumble when hit by explosion.

Think about it, which is better, a slab of armor 10x10 with 100 health, or 100 slabs of armor with 1 hp each? If you hit the latter with explosive with just 1 dmg, it will leave a hole in the middle

The wait is over!

The 3rd Chapter of Community Research Grants is now open

darvin, have you given a thought to a small 5 man special unit squadron for smaller tasks?

RealHackeroonies said:
darvin, have you given a thought to a small 5 man special unit squadron for smaller tasks?
Click to expand...

You can totally do that, a special operations unit for clandestine missions that reports directly to you, separate from the general chain of command, i dig it

sorry i haven't been active in a while, my terratech went on life support so i couldn't do much, but now it's back to normal, so i'll be engineering some fine designs that i hope you will like

fellas, we have achieved a breakthrough in wormhole technology, with this stargate, we can deploy hover troopers on literally any planet in the galaxy

another shenanigans with Legionite's hangar module

Not going to lie, this reminds me of the whole ZTech lore I made about warping devices. that's so long ago though...

Noice. Now time for me to spend another 3 years in cryo waiting for carrier-style stargates to become a thing.

"Sea Trial" for the latest Atlantic-class Supercarrier
The runway alone is 150 cells long, build limit? we don't do that here 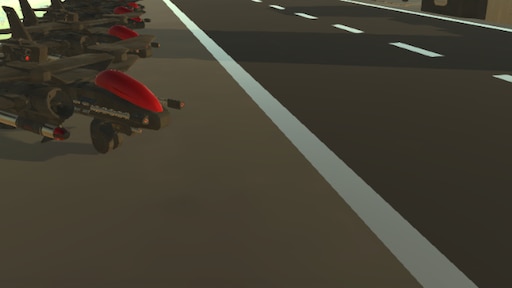 Description : As the Flagship of the 1st Battlergroup of Imperatorial Fleet (See Document for : 1st Battlergroup of Imperatorial Fleet) N.S.N. Atlantic is a 158 cells long Supercarrier that will dominate the battlespace with its Fighter Wing complement. This Supercarrier can also act as a platform to project power far beyond NOVA's sphere of influence. Which means that the ship itself is an extension of NOVA Protectorate, and has been granted clearance to operate in a diplomatic affairs (both as a representation for the NOVA Faction, or as a neutral ground between 2 conflicting parties)

The flight deck of an Atlantic-class Supercarrier is custom made by DMS and can accommodate up to 30 aircraft, 10 on the flight deck itself and 20 more inside the lower hangar bay. The flight deck has a runway that is 150 cells long, and also comes with its own Command and Navigation Tower, Air Traffic Control Tower, and 2 elevators to access the lower hangar bay. The aircraft that can be accommodated in this carrier are limited to small fighters and interceptors, Anything larger than 11x11x11 will not fit to enter the hangar bay but can be parked on the runway itself

Also included in the flight deck module is a nuclear reactor with an uninterrupted power supply that can trickle charge the ship’s solid state batteries, enabling the carrier to operate in space or in atmosphere indefinitely without the need to refuel or recharge.

Because of the sheer size of the flight deck, it cannot be reached by normal heal or shield bubbles. So instead, the crew inside the carrier will simply have to do their best and repair the carrier from the inside out. This self-repair action will, of course, consume power, but between the reactor trickle charging the ship’s batteries and the small amount of power consumed for self-repair, the flight deck can easily cancels out incoming damage from small enemies.

However, in a scenario where the ship somehow gets overwhelmed by enemies, the self-repair will eventually lose out, and the reactor will become critical. When that happens, the carrier will be torn apart by a violent explosion with a force equivalent to several nuclear warheads going off at once. This is the absolute worst case scenario that can happen to a ship of this class. Therefore, any Atlantic-class Supercarrier will not be allowed to go on solo missions and must always operate in a battlegroup with at least 4 escort ships

The Fighter Wing Complement onboard N.S.N. Atlantic is currently consists of 6 Squadrons of MF-4J Thunderbirds, A multirole fighter armed with 2 Jericho Missiles and 3 Rapid Pulse Cannons 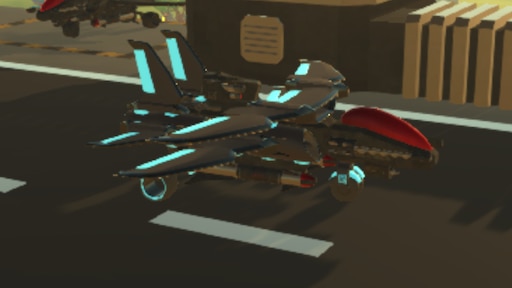 In addition to official mods listed on the right side of the workshop page, this Supercarrier also requires the following unofficial mods: