About Us
NOVA is a paramilitary organization that operates in the grey zone where nations, government bodies, and corporations like Hawkeye and GSO cannot step in. If there is a contract to be fulfilled, NOVA will be there.
From neutralizing just 1 problematic individual, providing a defensive garrison for a nation/state/institution, up to star system scale conquest, NOVA will not back down as long as the contract is legitimate and honored by all parties involved.

1. Strategic
Our strategic doctrine is centered in garrison fleet and defensive fortifications, as such, we will deploy a garrison force in proportion to the corresponding contract. Every aspect of the contract will be considered from political, cultural, economic and security standpoint to provide the most efficient and reliable defensive force.

2. Tactical
NOVA battle tactics relies on the synergy of every military asset available at the scene. For every trooper on the ground, there will be air support and orbital strikes provided by the fleet in orbit.
For clandestine missions, we will deploy a surgical strike team to infiltrate and eliminate the objective, this will rely heavily on our Trooper Corp.
As for open conflicts involving an entire star system, our primary directive is to establish orbital dominance, and systematically secure every planetary bodies in the system, effectively cutting off the opposition's supply and escape route. This will rely heavily on our Lancer Corp and their battlegroups. After orbital dominance has been established, we will start to deploy inquisition armies to the planet surface to stamp out any remaining opposition.


Diplomacy
As an interstellar mercenary faction, NOVA does not hold ownership over any sectors/territory. Instead, every nation/state/institution that has an active defense contract with NOVA are all sheltered under the "NOVA Protectorate", the security of which is guaranteed by the entire NOVA faction.
The use of space (both on the surface and in orbit) and the exploitation of resources under the NOVA Protectorate are to be discussed with the corresponding local authority, these includes but are not limited to:


Technologies
To further strengthen our defensive capabilities and maintain dominance over our potential enemies, we have been developing our own Mod Pack.
Hawkeye as the biggest military distributor in the galaxy has proven to be a reliable partner for delivering NOVA technologies. From hiring troopers, to acquiring bleeding edge weapon systems from NOVA Arsenal, it can all be done from the Hawkeye fabricator


Recruitment Policy
Everyone is welcome to join the NOVA faction regardless of species, gender, or political views. The only requirement is to provide contribution to our faction by submitting a tech design, either by snapshots or steam workshop links to this thread, and describe the role it will play on the battlefield. If your design is accepted, you will be given the rank of

(Knight/Captain), as per your choice to join either the Trooper Corp, Lancer Crop, or Aux Corp.
You can climb the ranks of NOVA by getting recommendations from a superior officer. For example, since there are currently no members with Admiral/Inquisitor rank, Rear Admiral Yuuki can only get recommendation for a promotion from one of the NOVA Imperators, but Captains or Knights can get recommendations from him to get promoted.
Last edited: Nov 22, 2021
Reactions: Seth_Seth 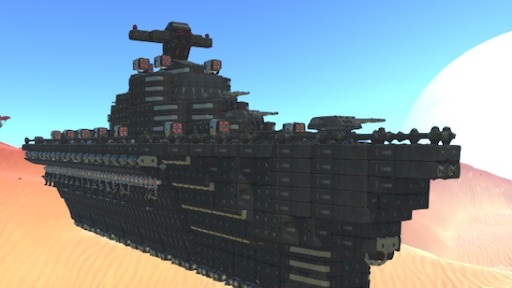 The Charon which was formerly a Deliverance Class Guided Missile Cruiser, has been retrofitted to accommodate trooper deployment. The lower deck of the Charon has been stripped from its cruise missiles to provide drop points for 2 full Squads of Hover Troopers (and room for more), granting it the Assault Missile Cruiser sub-class. As an assault missile cruiser, N.S.N. Charon and its sister ships will deploy troopers to the front line and provide fire support for them, creating a safe beachhead for further friendly forces to join the fight 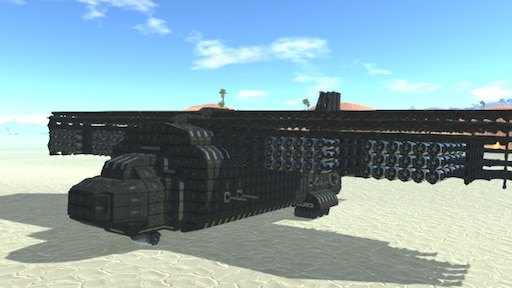 The 1A variant of Storm Cloud D retains the armaments of its regular counterpart, with the addition of disposable fuselage floor and drop points for 2 Squads of Hover Troopers. With the capability of both a gunship and a dropship, it can deploy troopers from a safe altitude and provide close air support without calling in another gunship to the local airspace 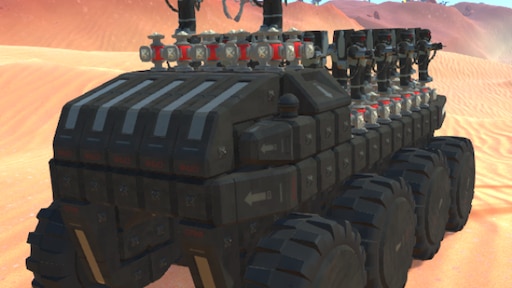 This unarmed troop carrier can deploy 2 Squads of Hover Troopers to the front line. After the troopers have been deployed, it will stay put and wait for exfill