A last set of ideas.

looks: an 8x8x8 block that requires anchoring to work, though it doesn't have to be on the ground, has 4 shroom trees in it. After X time generates a burst of 5 logs and 1 sap. This is continuous like any other mine only it doesn't require a vein.


Luxite crystal growery
A GEO block that is 4x4x4 has a luxite crystal in it, like the greenhouse must be anchored to work and only produces during the day. while active produces one raw luxite every X time.


on both they have an exit conveyor which allows the system to be automated, though they can also jsut drop it like a normal mine. These are designed for those who don't build in a forest area and keep running out of wood.
Reactions: harpo99999, Epic afdc and Aardvark123

You can also probably make flags, like ine for each Corp and maybe country flags. Possibly even some pride flags.

Epic afdc said:
You can also probably make flags, like ine for each Corp and maybe country flags. Possibly even some pride flags.
Click to expand...

Hang on, we can mod this in, it's quite simple actually
Reactions: Vertu and Aardvark123

It would be neat to see a bigger but harder hitting/ faster firing counter part to the 3pdr cannon.

>He Grade 2 or 3 "Close support Howitzer"
>2x2x1
It would look vaguely like the Saladin's turret. 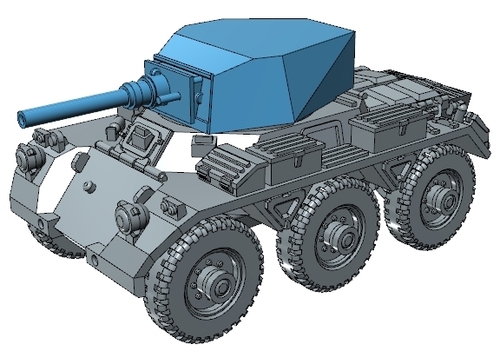 Venture currently has some very short ranged weapons, but nothing for melee or mining.
>VE Grade 1 Chain Saw
>2x1x1
Just a simple light weight saw for taking out trees trees and tiny techs.
>VE Grade 2 Battering Ram
>3x2x1
This would be a small-ish simple melee weapon that would function like the removed GEO Ramspike. It should have to be built partially into the tech for maximum aesthetic.
Reactions: Sebby, Vertu and Aardvark123

I'd like to see Reticule Research flushed out as a full corp. Give it some of the essentials that other corps have, even if they're funky or awkward. It's been a while since I played, but I'd like to see more useful shields, batteries, flight blocks, manufacturing blocks, anchors, etc. Perhaps more useful wheels and/or full-sized mechanum wheels. The weird weapons are fine, but there's still a lot missing in RR for it to properly be a corp.
Reactions: Sebby, Aardvark123 and Epic afdc

Check Hawkeye Black Labs modded wings and make wings like what he made as official update, so people can make realistic planes...
Like https://steamcommunity.com/sharedfiles/filedetails/?id=2517914272

Epic afdc said:
You can also probably make flags, like ine for each Corp and maybe country flags. Possibly even some pride flags.
Click to expand...

Corporation flags yes, pride or any other RL politics NO! NO! NO!
Reactions: Fourche7 and harpo99999

A few ideas for RR, other then the pipe conveyors at the start I don't think any of these follow the rules.


RR pipe conveyors
info: small pipes that RR uses to transport resources from place to place, are more armored then GSO conveyors. they are designed for internal builds.

RR pipe parts
info: all the other parts, these include a collector, a silo, and a fuel generator.

Black hole silo
info: holds upto almost 1,000 resources in a small 2x2x2 space with one entry point and one exit point clearly marked unlike other silos. requires power if power is lost all resourses in it are lost, but while powered it is the most valuable silo out there.
function: while powered it acts like a SCU for resources but only accepts resources that enter its enter port. Technicly could hold infinite but the pipe stops accepting if it has 1,000 items in it.

RR Gun control computer
info: 1x1 or 2x2 block that allows guns attached to it to automaticly fire at targets that get to close, the range of which they fire is set by the block (similar to hover control panels but at a per block bases.) Good for if you want a weapon to be a point defense weapon. On an AI build it can even increase the range of the weapons it is attached to.

Pipline conveyor
info: a conveyor segment that automaticly closes sides not connected to other conveyors or conveyor parts, a you build it it looks more and more like a pipeline, unlike the RR one above this is designed for static structures as such includes pipline anchors which are 3 wide one long blocks that allow connection of GSO shield and healing as needed.

GEO Pipeline miner
info: a vein miner that has a conveyor output instead of a drop output, mines a bit faster then the GSO but is larger at 4x4x4, the advantage is it has 2 output slots and counts as if you have 2 GSO autominers on the vein.

GEO advanced refinery
info: a 4x4x4 block that has 4 inputs and 4 outputs, each side having an input an output.

GEO Ore compressor
info: a "refinery" that refines and stores ore, once it hits the point of bulking them it will spit out a bulk ore item, doesn't refine wood but does bulk it. (IS basicly a refinery that also does the create ore block item on infinite loop.)
Reactions: ARES IV and harpo99999

Thanks to everyone for submitting your ideas! Some really useful stuff in here.

We've got a shortlist of blocks that we'd like to add so we're going to work on those in the coming days/weeks and hopefully add them in an upcoming update. So watch this space!
Reactions: ARES IV, zugbug33, moonpowder and 3 others