Most of my PC specs are in my signature so I won't list some if those again.

But just in case you need it my laptop is an: ASUS G752VT so you can look it up

The only real issues I have are when 1 of 2 things happen. A. I have a large base/tech with 10+ shields B. If multiple AIs are in the area. I usually run at 120fps only reason setting are so low is because I run multiple large techs and bases which drops it to about 30-50 at best and at worst with 4-5 AI nearby I get 20ish fps. When it drops this low micro freezes become more of an issue as they last longer and occur more often 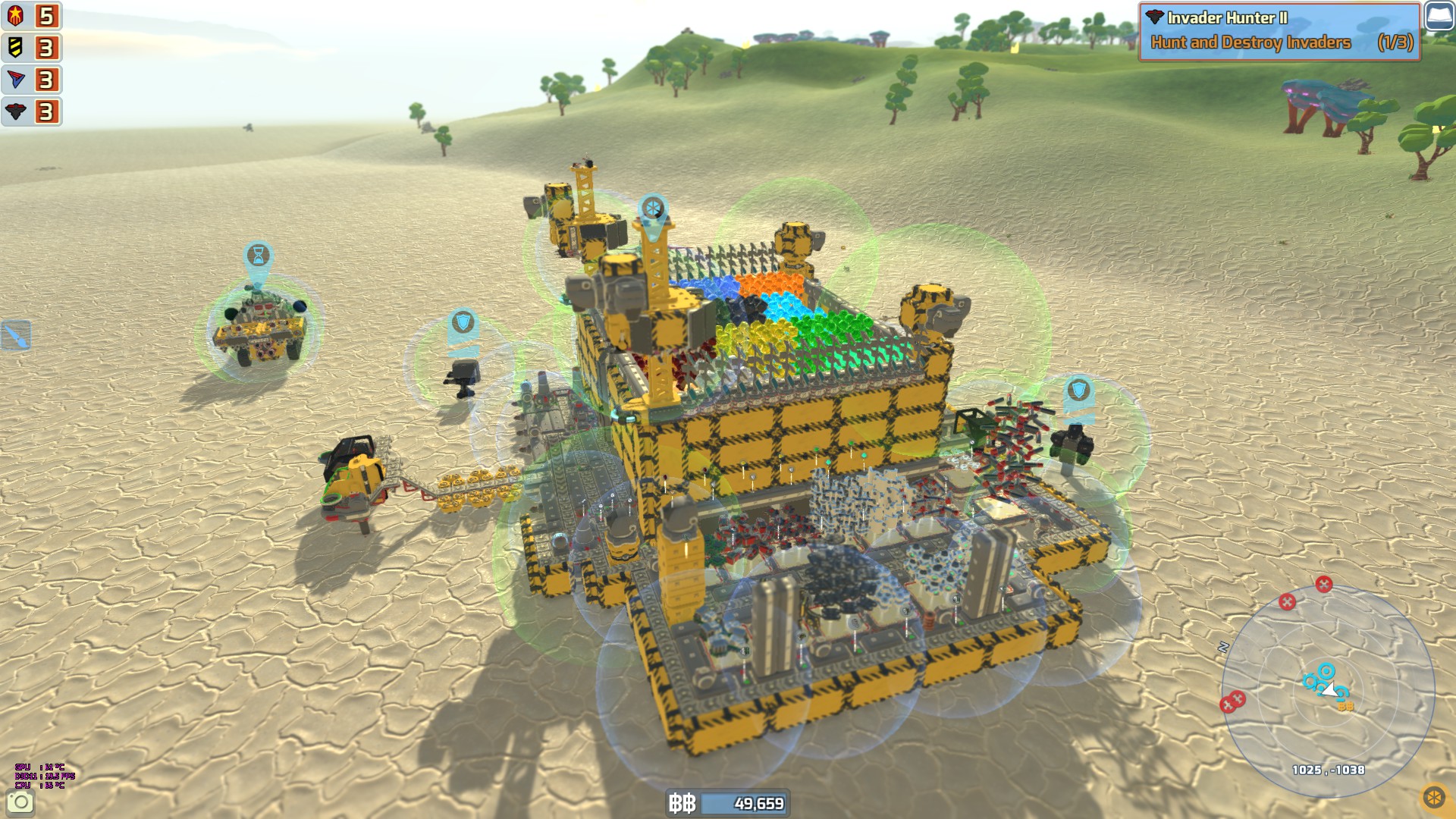 Now a days almost all the CPUs are 64-bit. 32-bit and 64-bit are both different architectures. Even though Windows 32-bit and 64-bit look the same on both type of processors. A 64-bit OS can benefit you, if you have larger amounts of RAM installed on your Computer (4 GB or more, as Windows 32-bit OS will pretend anything above 3.2 GB isn't there). A 64-bit OS can handle large amounts of memory more efficiently than a 32-bit operating system, a 64-bit system can be more responsive when running several programs at the same time, and switching between them frequently. If you have 4 GB RAM and a modern 64-bit processor then you should install Windows 64-bit, as the 64-bit version of an OS can handle a computer with these specifications more efficiently. But if you have lesser RAM (less than 4 GB ) than stick to 32-bit OS.
Reactions: Zed
H

terratechgame, that is good advice, but as any processor of the amd x64 or later and intel of the core2 or later types ARE 64 bit capable, the next most important info is the total ram available in the computer (and the max that the motherboard supports just after that) and as you stated 4gb or more 64 bit os is recommended (unless there is a NEED for a 16 bit legacy program then 32 bit wins (just))

The game was first sold as being 32 bit that is because game development was started under Unity 4, with the change to Unity 5 they were able to move to a 64 bit version as well (I think this is the case but I may wrong). If they were to drop 32 bit support the ethical thing to do would be to offer refunds to anyone who already bought the game, I can't see that happening so the only real thing to do is to continue to work on the 32 bit version.

The devs were reluctant to move the project to Unity 5, the move to Unity 5 probably held up development for 2-3 months so I can see why they held out on the move. If they had stayed on Unity 4 then this would all be moot and the game would much closer to being finished. There are a lot more pros and cons I could cover but I think you can all get the basic idea for the points I have raised here.

All that said IMO the move to Unity 5 was a good idea all in all, for one thing the game would not look as good as it does now and will probably be a better product in the end.
Last edited: Aug 19, 2017
Reactions: ZeroGravitas

Dellamorte said:
he move to Unity 5 probably held up development for 2-3 months
Click to expand...

Funny. up until a couple weeks ago (when I found out TT uses the latest version of Unity) I was going to make a suggestion that they should make the effort to port it over, even if it took months. For the sake of performance. It's good to know that they already did, and that once optimisations to their own code are in place, the game will be running as smoothly as possible.

What puzzles me a bit is why the game currently maxes out at 50% (or lower) CPU utilisation (on my new AMD Ryzen 1600x system), given it is the latest Unity. Is Payload's code not multi-threaded? (Is this the same for everyone, rather than a new CPU architecture thing?)

Doing a stress test in R&D (just now in the latest unstable), bring the frame rate down to ~2fps with a load of techs and loose blocks (and firing, etc), the total CPU usage wasn't exceeding 30%, and none of the 12 threads went over 50% (in Windows 10 resource manager). GPU never over 70% either, at absolute worst (GTX1060). No disk access to write home about.: [Task manager and MSI afterburner, while TerraTech ran at ~2fps under load.]


Anyway. Regarding dropping 64bit support: my personal inclination is that it seems unreasonable to demand a 32bit version, given that I've had 64bit capable desktops for the last 12 years or so. (Although I'm not sure what the state of more recent mobile devices is, regarding architecture.) I'd be surprised if any machine over 8 years old can even run the game with any modest level of combat. I think the min specs of most recent 3D games are much more demanding than this, and TT hasn't even been released yet, technically.

There's already the option of running an old version of the game through Steam. So maybe just refunds under special circumstances (but Steam manges that anyway, don't they?)...
Last edited: Aug 21, 2017
Reactions: Zed

ZeroGravitas said:
Anyway. Regarding dropping 64bit support: my personal inclination is that it seems unreasonable to demand a 32bit version, given that I've had 64bit capable desktops for the last 12 years or so.
Click to expand...

I was quite pleased to see the recent announcement by Payload Studios that 32 bit will no longer be officially supported as it permits the development team to focus on optimizing and completing TerraTech without the anachronistic encumbrance of relying on 32 bit instruction sets / drivers / engines to support what has become essentially a legacy platform for older vintage computing as was made clear during my post back in January 2017 regarding the topic.


harpo99999 said:
terratechgame, that is good advice, but as any processor of the amd x64 or later and intel of the core2 or later types ARE 64 bit capable, the next most important info is the total ram available in the computer (and the max that the motherboard supports just after that) and as you stated 4gb or more 64 bit os is recommended (unless there is a NEED for a 16 bit legacy program then 32 bit wins (just))
Click to expand...

I completely agree; Between Windows 7 wanting at least 1.5Gb of RAM for itself and all of its updates over the past decade the 32 bit era is effectively over unless certain users require legacy programs (16 bit as mentioned above) or Legacy protocols such as IPX / SPX (I still maintain a cluster of win xp machines for these specific purposes, however I am far from a garden-variety web-surfer)

Candidly, after the disaster that was Windows Vista I was quite surprised to see that Microsoft continued to release 32 bit versions of the Windows OS beyond Win 7 Starter edition.... Why what once was the Software Hegemon continues to release 32 bit clients (Win 10?) is beyond baffling to me... if anything now that we are rapidly approaching 2020 a 128 bit processor should have already been released for mainstream commercial purposes along with a (long overdue) replacement for WPA2...
Reactions: ZeroGravitas

I have been out of the loop so I did not know that they dropped 32 bit support, I think that is a bit of a bad move, I doubt many bought the game on the promise of 32 bit support but to me it is akin to dropping Mac support in the middle of development. They should have dropped it back in the move to Unity 5 rather than keep selling the game for over 2 years promising 32 bit compatibility.
You must log in or register to reply here.
Share:
Facebook Twitter Reddit Pinterest Tumblr WhatsApp Email Link