I suck at making bombers.
I can't hide this fact.
Every time I tried making a fast, agile little plane, it was crap.

So I just decided to try out the R&D test chamber and make a few "big ass" bombers.
This is my very second model. Why is the name Azrael? Because I thought the wings look like an angel's.
And then, why it has the name of the angel of death, well, just imagine yourself standing below the shadow of 16 angry EXP canons and 32 EXP ooze guns

Anyways, this beast has INCREDIBLE firepower, actually more than any of my ground bots. However, as you are a bomber, it's hard to have constant dps, so it's normal to have such weaponry, as you will never be able to use it at 100%.
So as said earlier, it has 32 EXP ooze guns and 16 EXP canons. ON THE BELLY ONLY.
THEN it also features 24 EXP ooze guns on the front.
AND... that's all. My computer already starts to moan.

For the other parts, I'm just too lazy to count them.
It has countless EXP wings, and GSO turbines. Which allow the craft to make some cool stunts!
Of course, for this sheer size, no need for gyroscopes.
The plane will lift on it's own when speeding up, no need for some 'push up' from the ground or canons.
Which is quite impressive. I was astounded to see this take off that easily X)

It also features a bunch of cabs, for looks. And NO shield/healing bubbles.
Because,
First, it stresses me out to see the power slowly running out.
Second.... Why would a bomber with over 60 guns need cover??? 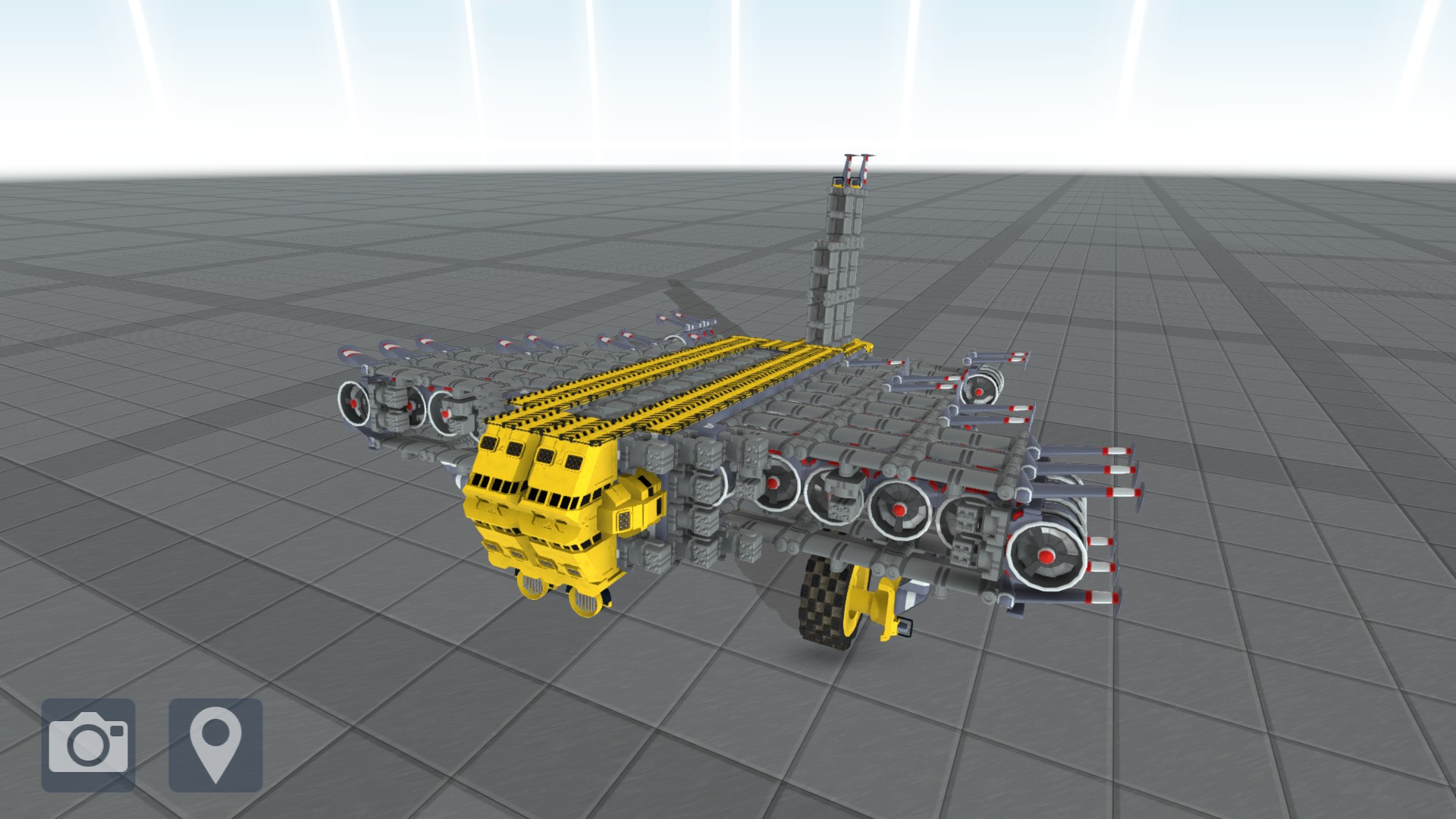 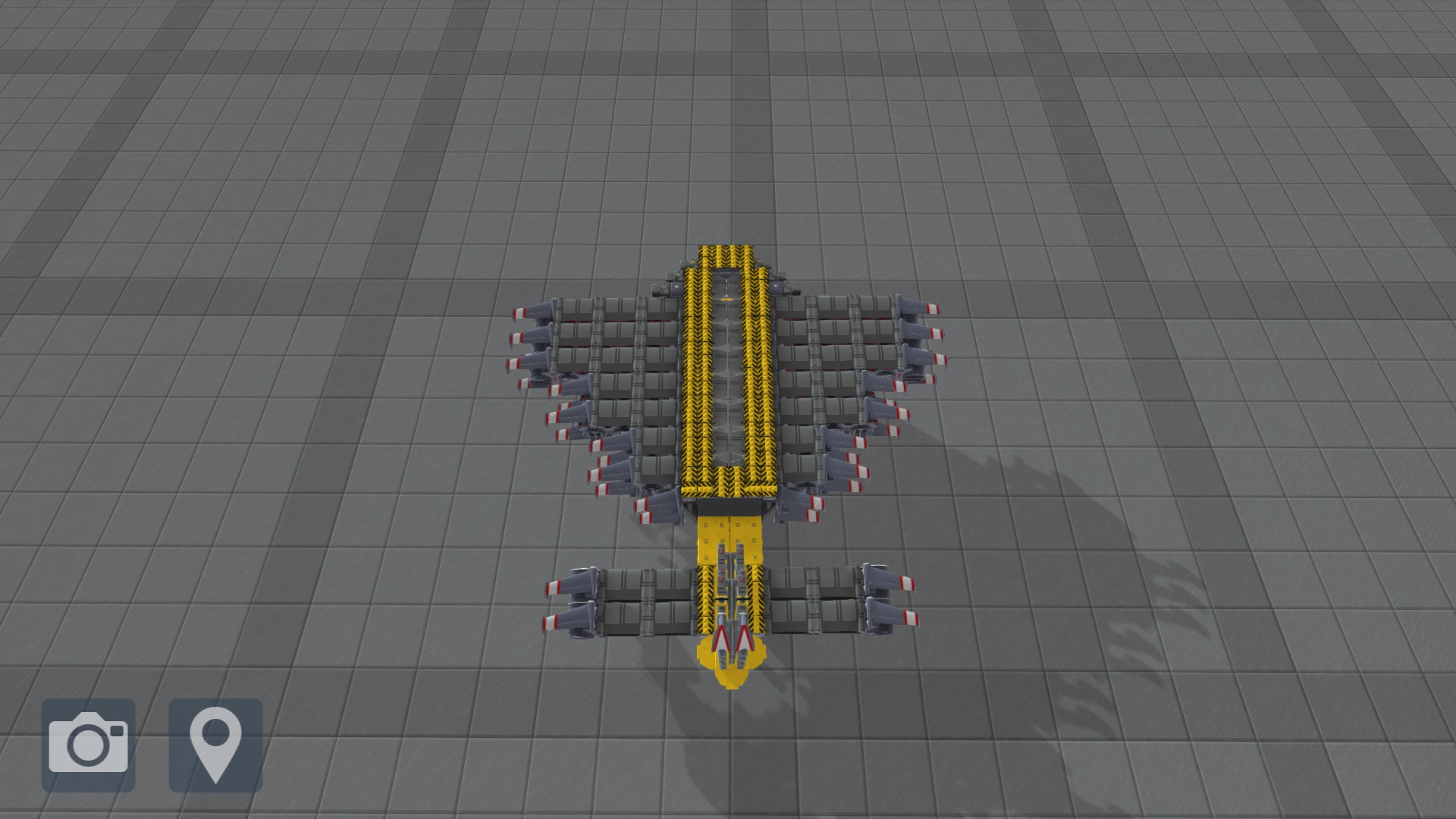 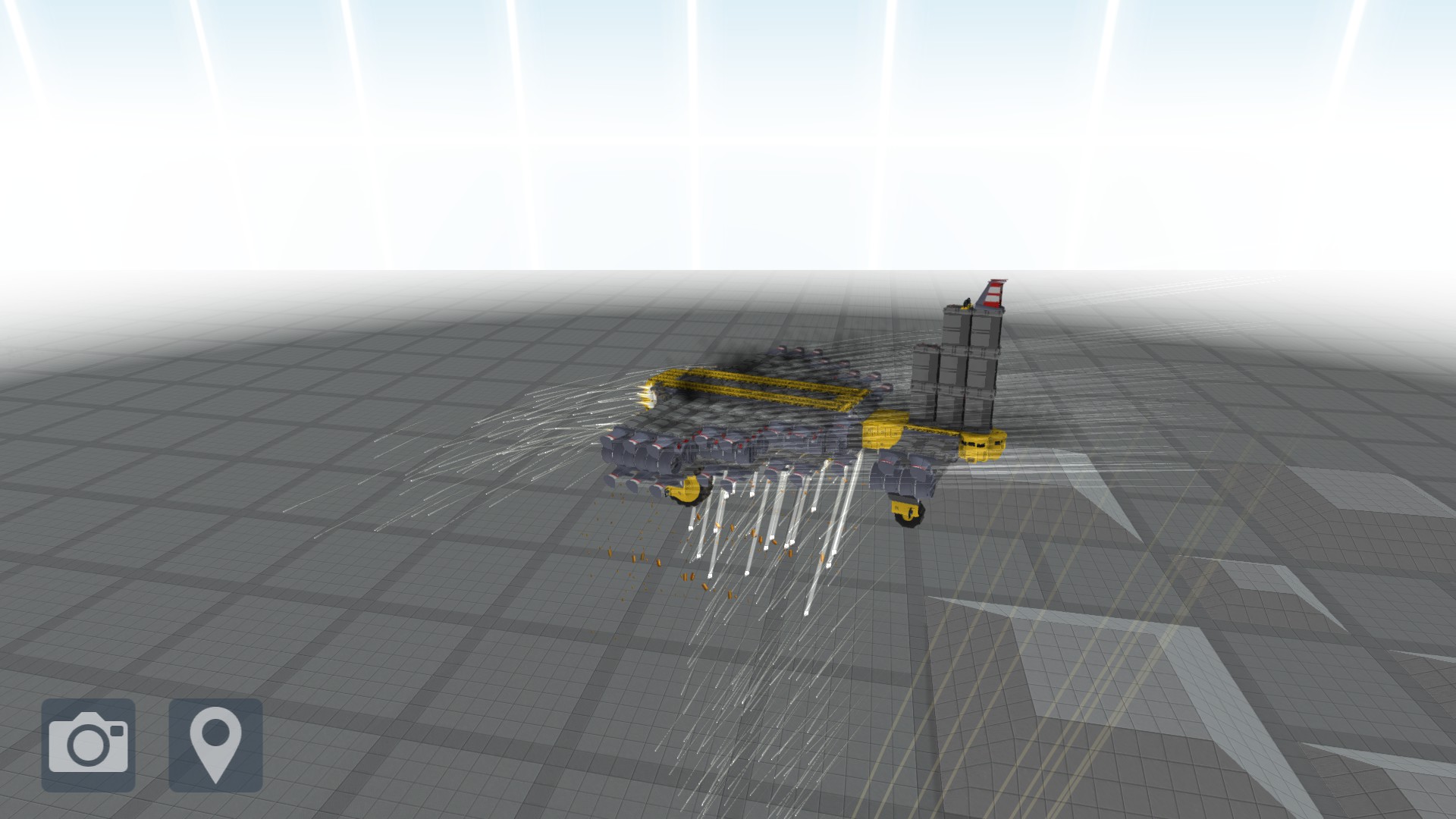 Might need cover if there are U F Oh's around.

Have a good one

And here I thought I made big aeroplanes. Compared to this it's tiny.