Given that I always appreciate feedback and other perspectives on what I do, I thought I'd quickly ask what others in the TerraTech community felt about some of the feedback I've been giving the devs (without anyone having to implicitly support either side of specific debates)...

My thought process is always that I'm trying to increase understanding with the aim of achieving some kind better future for the game and the community, etc. I always think I'm feeling level headed and typing my comments impassively. But they are often very direct, or unrealistically analytical, and I think they may often come across as more emotional than intended. Perhaps because people normally hold back criticisms until they are too upset not to (or perhaps I'm secretly upset and not realising it myself...?).

I've apparently caused the devs to 'circle the wagons' (defensively) when I just intended to kick off a brainstorming session. And at the beginning of this week, when trying to communicate the confusion of unstable launch timings (and content), from the player's perspective.

So, was this somewhat representative of other's feelings and potentially constructive? (Vote above.):

saiwun said:
I made a call to bring the release of 1.0.1.2 forward as the build was ready for release. In doing so, everyone gets to play with the 1st set of Better Future blocks this weekend.
Click to expand...

Hmm. Don't you think that this makes somewhat of a mockery of the reasons given for the 3 day gap between the end of the Better Future hype countdown and the Monday release of 1.0.1.1?

Given that this contradicts the date given in the announcement blog, it also makes it harder to take seriously any communication from Payload, particularly about the timing and content of future updates.

I hope this doesn't delay the release of fixes to (flight) physics bugs and hover behaviours, that are holding up proper play-testing of the main batch of Better Future blocks. That would be kind of ironic, given that this second tranche of blocks is fairly lackluster - the only type that seems to use new code are the skids (which are fairly buggy/unfinished).
Click to expand... 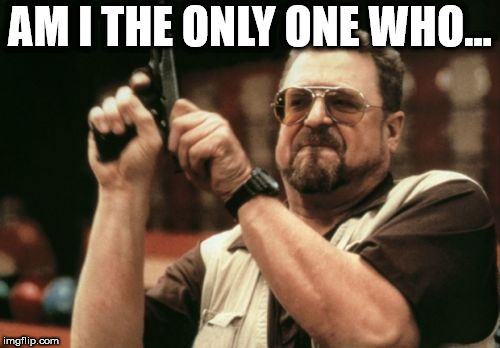 Being fairly analytical myself, I completely understand what you mean here. Sure, sometimes things will get misinterpreted, but at least it brings it to attention.
Reactions: Soviet_Samuelson and ZeroGravitas

Yeah. I guess the main thing is I don't want to be bringing stuff up if it distracts from game development more than it helps improve things. (Hard to tell if any of it's informative, when it receives formally polite replies.) Or if it just gets things cut altogether, because they've become more trouble than they're worth...
Reactions: Galrex and Lord Zarnox

ZeroGravitas said:
Don't worry; I think too much.
Click to expand...

Narrowing it to an event by event context is over thinking it a bit. When you don't know someone you pretty much have to take things (comments/posts) on "face value", but I think most of the members, and surely the Devs have conversed enough that we understand each others personalities to a certain degree. Voicing concern is always a tightrope, and the safest bet is to plan on what you say being taken the wrong way in my opinion. I can identify with their being a little upset with people's reactions sometimes. Being excited to show what you have worked on, and not getting the response you had hoped for is disheartening. But at the same time the Devs need to understand that: If we have very high expectations of you, IT IS BECAUSE YOU ARE PROS AT THE TOP OF YOUR GAME, AND WE KNOW WHAT YOU ARE CAPABLE OF. TO LOWER THESE EXPECTATIONS WOULD BE AN INSULT, NOT THE REVERSE.
Reactions: Aardvark123, Galrex, Lord Zarnox and 3 others
You must log in or register to reply here.
Share:
Facebook Twitter Reddit Pinterest Tumblr WhatsApp Email Link