We found ourselves in the middle of an Interstellar age when space-faring colonists and prospectors have been spread across the galaxy either to find hospitable worlds to live in, or possible mining sites to dig on. We historians, on the other hand, are still awestruck by the findings that we uncover on this little world we call home. This is exactly why the College of Historians for Classical History or (CH)2 is giving an enormous grant to research teams who are able to uncover, reproduce, and conserve exotic ancient relics they may find. The primary objective of ECHRP is conservation of Earth's historical relics in an effort to raise awareness about our home planet, Mother Earth. The other, more conditional objective, is to provide supply for the Ancient Collector's Auction House for licensed historical replicas. While the (CH)2 is the sole benefactor for ECHRP, each research teams may approach other sponsors should they see an opportunity to do so. However, if the research teams and/without additional sponsors would like to mass produce a product from this grant, research teams should refer to document x01-22.79 for mass production terms and agreement with (CH)2 and ACAH 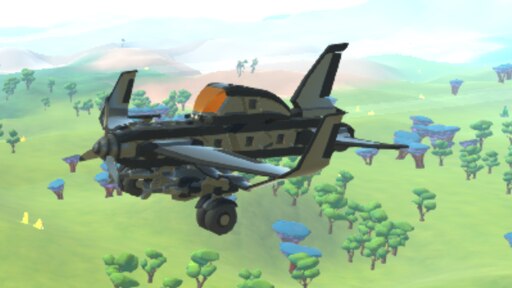 The remains of this ancient aircraft was recovered by our archeological team in the English Channel. According to the War Records provided by (CH)2, this single propeller aircraft was built and used for aerial combat during the warring period when the Third German Reich went to war with every other Ancient European nations (sources vary about which side Italy, or now the United State of Rome, was during this war). Although not the most efficient nor effective design by today's standards, this fighter aircraft is the pride and joy of the RAF (Royal British Airforce). Recreated by today's technology, we were able to bring back the Spitfire to life by approaching Venture to use their existing wings. hull, propeller and landing gears design. The ECHRP-Spitfire-03 is our first model to be mass produced and available to civilians

Addendum (by DR. Flo) : "This thing might not be able to kill anything, which is exactly like the original spitfires according to the war records, hah!"
Last edited: Aug 24, 2020
Reactions: Seth_Seth and Skihiley 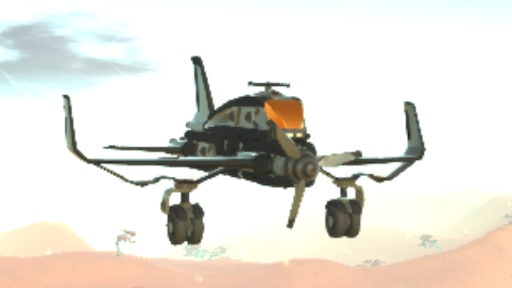 Our digging team unearthed this derelict aircraft in an ancient hangar buried 52 feet underground, in eastern France border. After strict bureaucracy battle between the French Federation and Germany, it is decided that both countries will get one copy of this aircraft design after reproduction is begun. The Stuka Dive Bomber is a single propelled aircraft, designed in the ancient warring period specifically to dive bomb. According to the War Records courtesy of (CH)2, dive bombing is a technique to deliver explosive from an aircraft, to ground/naval target by flying the aircraft straight into the target and then pulling up in the last seconds, which will increase precision and maximize the damage done by each bomb. Because of the 'insane' nature of this technique, many experts at (CH)2 believed that this isn't the correct application of 'dive bombing', because a simple trigonometry and vector calculation will yield similar result without requiring the pilot to do such a dangerous maneuver. Rebuilt by cutting edge technology at our disposal, we were able to reproduce the Stuka dive bomber with ECHRP-Stuka-01 as our first model. With the hull, propeller, wings, and landing gear courtesy of Venture, and an experimental explosive payload (from a third party that wishes to remain anonymous), we have recreated the capabilities of the original Stuka, although the actual application of the 'dive bombing' technique is NOT recomended. With the Stuka-02 model, we replaced the highly volatile experimental explosive with a licensed Hawkeye Paladin Bomb to avoid any incident when this model hits the open market.

Addendum 1 (by Stuart Clint) : "What kind of country would ask it's pilots to stare at death in the face for every bomb they carry? The ancient warring period is getting weirder and weirder the more you know about it. And that experimental bomb by Mr. Howard is literally THE BOMB hahaha''

scuseme, but that sunken aircraft is a P40 tomahawk

YaYYeeT said:
scuseme, but that sunken aircraft is a P40 tomahawk
Click to expand...

Really? I'll replace it later with a more relevant pic 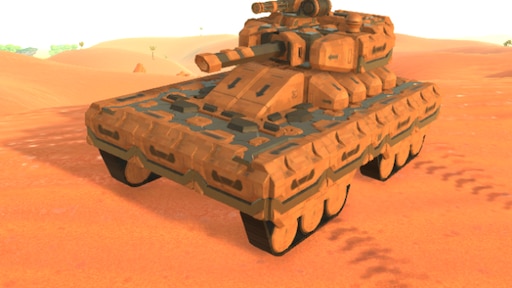 Recovery of the original artifact for this Abrams design was surprisingly easy, as it was sitting there accumulating rust and dirt in an abandoned garage in Texas. The previous owner had died recently and our team were notified by the local government because there is no next of kin to inherit the entire property. At first we were only interested in purchasing the Abrams artifact, but after a quick survey of the area, our supervisor Prof. Roth advised our team to purchase the whole property because he believes this garage is a treasure trove of ancient relics, considering the previous owner was a collector of ancient earth's memorabilia. ECHRP-Abrams-01 is our first prototype after months of research and development. Initially we approached Hawkeye to use their existing tank turret for this model, but after a conducting a survey on several members of ACAH, we scrapped the idea of using a turret altogether, and went with a single Hawkeye Battleship Cannon mounted in the center of this model. And true enough this model has been vary popular since it's unveiling and will be available to the open market in a couple of months. This model is also equipped with an Auto Cannon mounted on top it to provide omni-directional firepower, and a pointer radar, both courtesy of Hawkeye

Addendum 1 (by Diane Krueger) : "What is it with men and their inherent obsession with explosives? using a turret is historically more accurate and faithful to the original design. I can't believe I agreed to put a Battleship Cannon on it..."

Addendum 2 (by Stuart Clint) : "Look, we tried the turret design, it did not work, we're missing a certain 'oomph' to it. I hate it, Mr. Howard hates it (I think) and our target consumers hate it. In the end of the day, we want a product that people will love. And if by doing so we have to sacrifice a few minor aspect of historical relevance, I think we're entitled to it"
Reactions: burger1113, YaYYeeT, Skihiley and 1 other person

now xbox has the bigtop I might start work on a SBD Dauntless later
Reactions: Darvin

well, I own the warbird skins, so I might make a P-51D mustang for this project, as well as a YB-49(a jet bomber prototype, a crash with is gave the Edwards AFB it's name, which before was called Muroc)
Reactions: Darvin

YaYYeeT said:
now xbox has the bigtop I might start work on a SBD Dauntless later
Click to expand...

TheGamingEnder said:
well, I own the warbird skins, so I might make a P-51D mustang for this project, as well as a YB-49(a jet bomber prototype, a crash with is gave the Edwards AFB it's name, which before was called Muroc)
Click to expand...

cool ideas, dont forget to describe how you found the artifact/design, what you think happened to it in the past, and imagine it being analyzed by researchers from the future when humans have reached to the stars 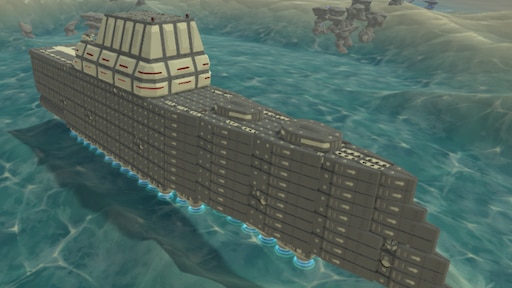 The design of this sleek looking destroyer was found on the property that we acquired when recovering the Abrams artifact, discovered between a mess of ancient newspaper clippings. The moment Roth laid eyes on this design, he knew we had to build this ancient ship and approached his colleague Higgins to co-supervise this massive project. We approached Hawkeye to construct the main hull, and electronic systems, then we reached out to GeoCorp for their mega reactor batteries, and Better Future for the peripherals. Finally we contacted Darvenstein Military Shipyard for their distinct looking armor plates, and Darvin, the Director of DMS immediately offered us partnership for this ship design, in addition to the grant we received from Earth's Classical History Reenactment Project (ECHRP)

Because of the sheer size and armaments present on this ship, this particular model will not be available to the general public, instead it was constructed in a collaboration with DMS, to serve in Nova Spaceborn Navy. Of course what we didn't gain from Ancient Collector's Auction House (ACAH) has been compensated well by DMS as shipyard specialized in military vessels. The Zumwalt is equipped with two retractable gatling lasers mounted on the bow, several arrays of vertical launch systems for ballistic missiles distributed in the hull. This distribution is believed to compartmentalize battle damage if these ballistic missiles are damaged, so they won't detonate other missiles in a chain reaction. The distinct looking deckhouse is made possible by using Adaptive Armor Plates courtesy of DMS. This ship also has a large flight deck on the rear, even bigger than a Heywood class frigate. This flight deck can be used to accommodate helicopters and other kinds of VTOL aircraft

Addendum 1 (by Diane Krueger) : "The shape of this ship is very peculiar, compared to the other ship designs that I study from this era. It's pretty impressive to see how far they go to make the ship as continuous as possible, is there another angle that we're not seeing here? Is it aerodynamics? Or simply aesthetics? Perhaps some ancient naval technology or doctrine that was lost to the passage of time? Although I have read about some kind of radar absorbing techniques that requires this ship to be as continuous as possible, but for a ship this size, surely it's not possible... is it?" 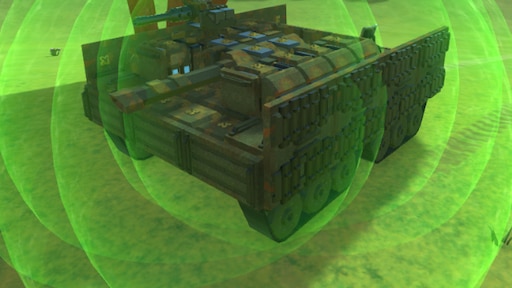 Another design came from a photograph that was found on the property we acquired when recovering the Abrams artifact. According to the war records, this picture corresponds with Sd.Kfz 167 Sturmgeshütz IV, that came to be known as an effective tank destroyer on the Eastern Front during the second World War. The wide armor skirts protecting each side of this vehicle is meant to protect against small arms widely used by Russian defenders, like the PTRD-41 anti-tank rifle

Naturally we approached Hawkeye first for the weapons and armor, a single battleship cannon mounted on the center with a chain gun on top of it, surrounded by batteries that powers 6 GSO repair bubbles, and we also added a GSO radar for good measure. This particular model is wildly popular with our target consumers, with a couple dozens of pre-orders received even before production is scheduled. With the rising awareness of armored vehicles for this particular era, we expect to work on other models from the opposing factions very soon

Addendum 1 (by Diane Krueger) : "Finally we can produce a piece of replica that actually represent the original design rather than pursuing popularity and capitalistic gain. According to the war records and our analysis on this design, this self-propelled gun is mainly used for ambushes, laying hidden until hostile tanks gets in range and engaging it with the main gun. This tank destroyer would also be good at defending strategic position by denying access to enemy tanks, and of course infantry regiments armed with small arms would find it hard to penetrate the thick armor plates surrounding this vehicle"