DaveDexterMusic said:
Darn, some talented folks are into TerraTech.

In addition to my acoustic-based music for the game, I compose in a bunch of other styles. The last 18 months or so I've dropped almost all other work to concentrate on classical and orchestral soundtrack composing (and acquired lots more folk instruments, because TerraTech is both love and life combined):

So, while my war hammer 40K army still remains in Maine, and I am still rocking my paper tyranids, a friend of mine recently gifted me a box of tyranid bits leftover from several major model kits. I've always loved kit bashing, but today I took it all to the next level. First a tease. Tyranids do not have enough independent characters, so I built one. Just some forewarning, they aren't finished. I need to get some green stuff to do some fill work, then paint them up, but I've been assembling all day and just felt the need to show it off. I give you Obliterax, my unique tyranid prime.

Sorry about the quality, it's the best my iPad can do. He's armed with the reaper of Obliterax bio artifact, and twin linked deathspitters. (Normally can't be taken by a prime). But that's just the appetizer. Putting tyrant scything talons and a pair of deathspitters on a prime hardly qualifies as kit bashing. The big set of legs you see behind him is the main course...

I call it the tyranid Swarmsurge. It's a Tau KV-128 Stormsurge made entirely from tyranid bits. The gargantuan creature has its own rules separate from the Stormsurge it's based on. It still fills the same role though, massive, massive firepower. Though it lacks the D strength weapons of its Tau counterpart, it sports a host of the strongest weapons in the tyranid arsenal, the bio-plasmic cannon of an exocrine, the acid spray and Rupture cannon from a tyrannofex, four tentacled missiles and a Chest mounted array of six twin linked devourers with brain leech worms. It also sports the head of a hive crone, complete with its Drool Cannon. It boasts a slightly better stat line than the Stormsurge and is just a tad more expensive, but has options like regeneration, a 4+ invuln save, and the ability to replace one of its missiles on a 6+ each turn. It also has the Tau Stormsurge's deploy able anchors, giving the ability to fire all weapons twice, giving it +1 to ballistic skill (from symbiotic targeting special rule), and giving its tentacled missiles sky fire, all at the expense of movement. It's truly a beast to be reckoned with. Fully upgraded its just shy of 500 points, and falls nicely in between the standard heavy units like the tyrannofex, and the outrageous lords of war like the heirophant. Now of course it's not a legal unit in any sanctioned event, but I play a lot of casual war hammer, so, it's going to be good fun. If anyone's interested, I'll post the full write up of the Swarmsurge when I get it all hammered out so other 40 k players can add the tyranid siege Kaiju to their casual games and narrative campaigns.

www.caddesigne.rs is not working any more, but you can find more models and reders on
http://cad-unigraphics-projects.blogspot.com/ 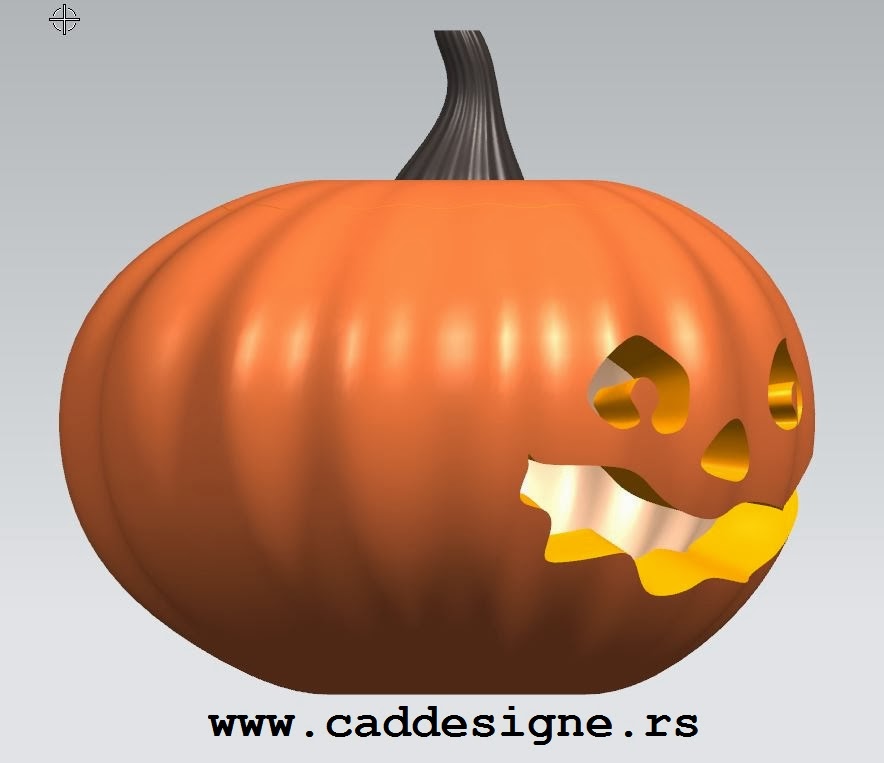 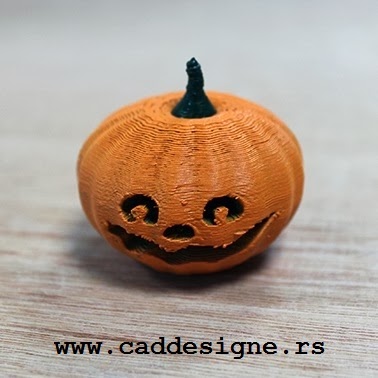 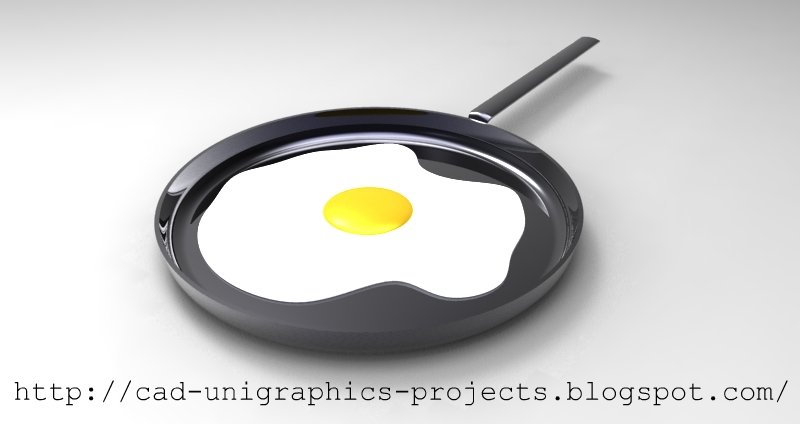 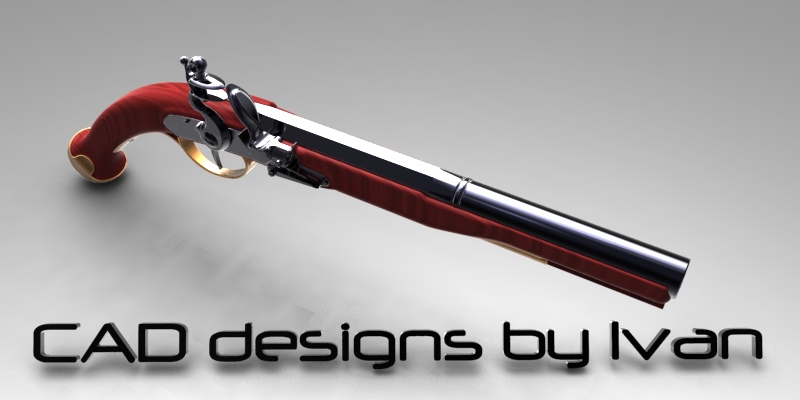 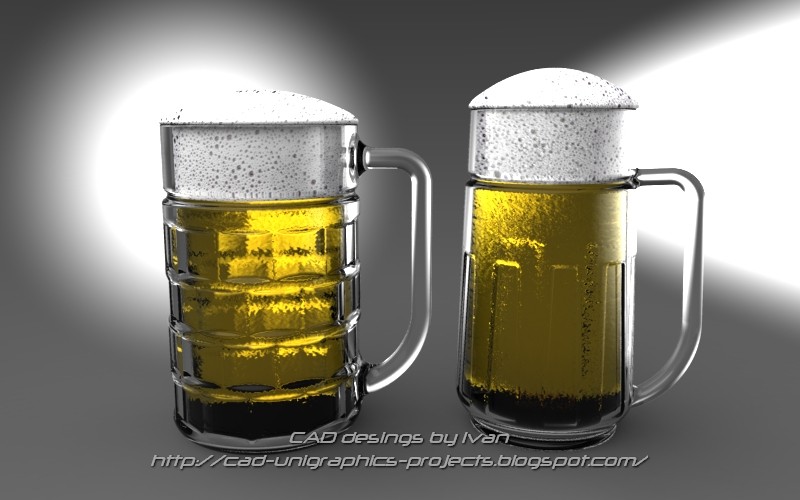 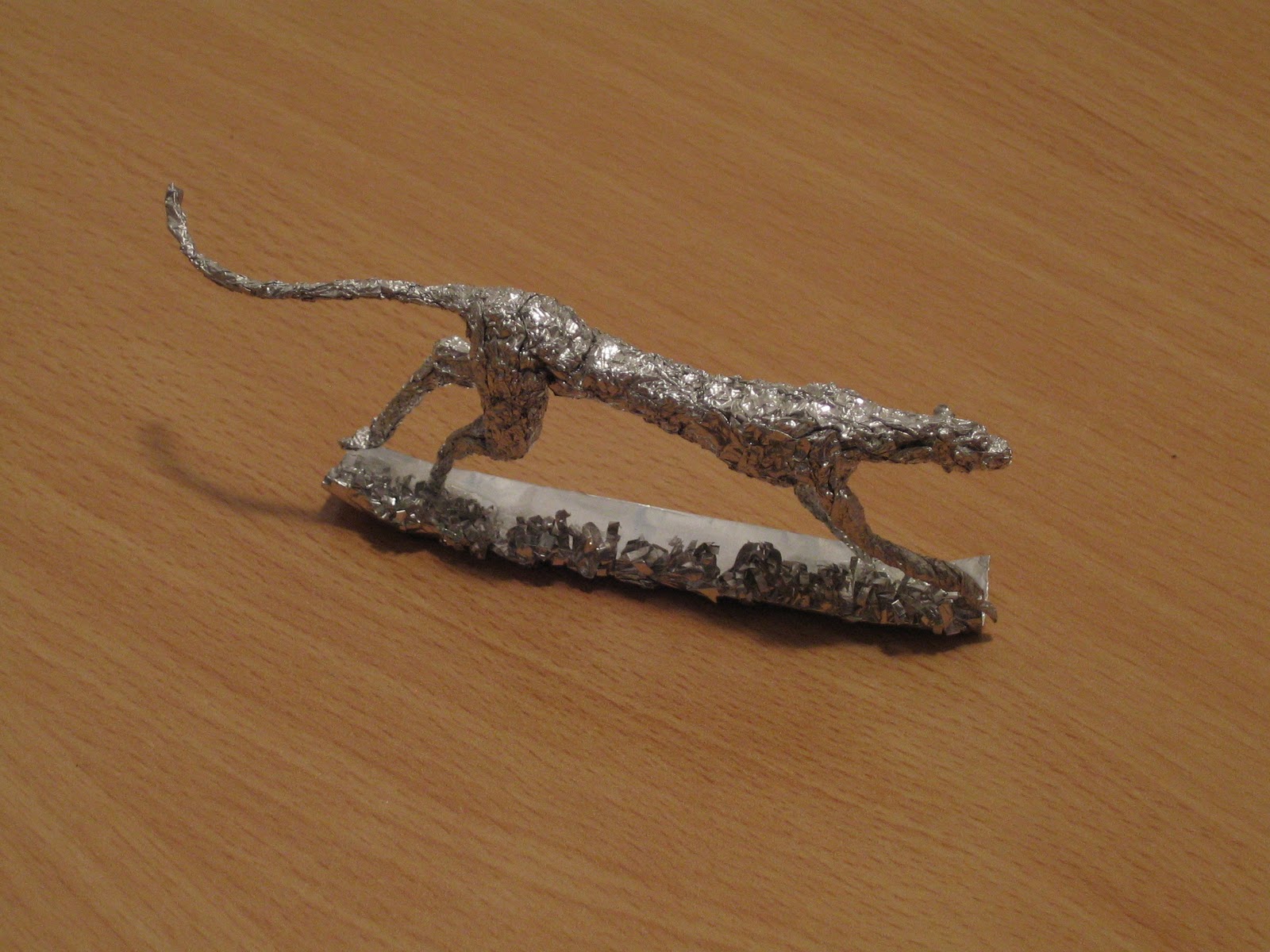 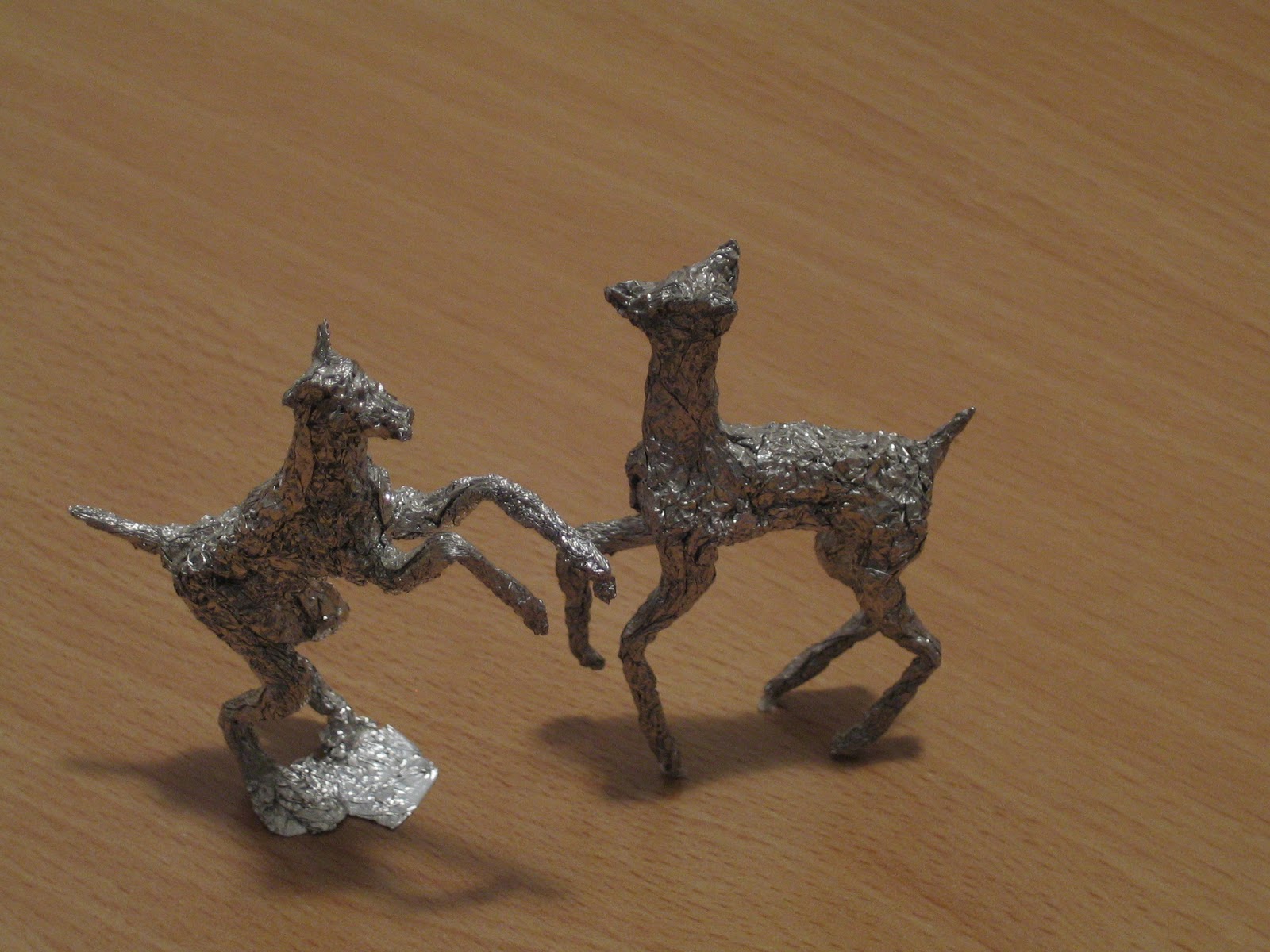 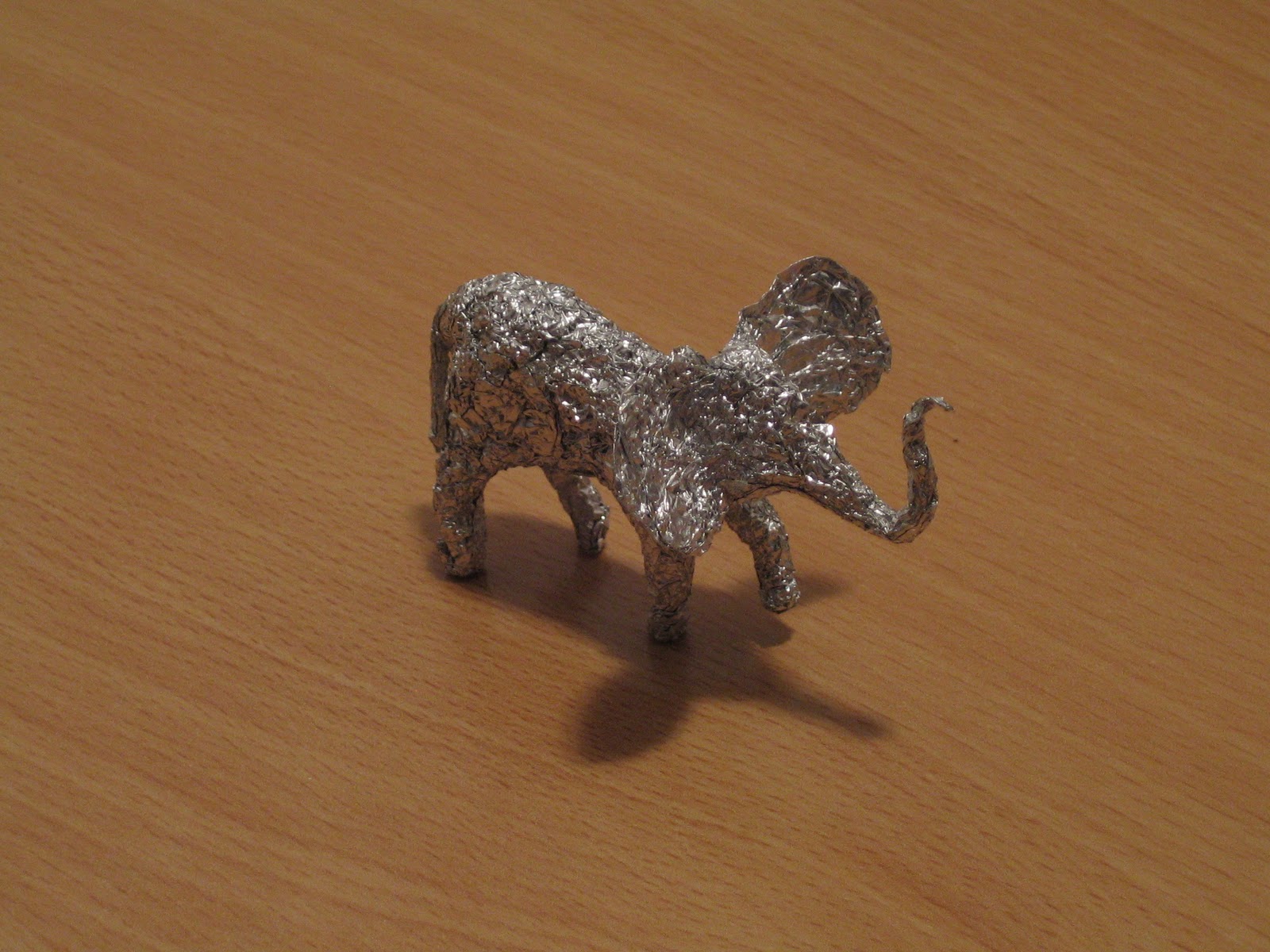 I make planets as a mod for Kerbal Space Program! Location
somewhere over the rainbow

This one is 3 figures I made a while ago combined. He is called Leorg Ω <-(pronounced omega)

and this is one I have not named yet

So, today was (*uses epic announcer voice*) The Great American Eclipse of 2017. While we didn't catch the line of totality in Florida, we did get an 80% coverage of the Sun. Not enough to make it noticeable or safely viewable with the naked eye (maybe a slightly darker sky), but still well worth seeing. Lucky too, since the clouds opened up right after it was getting started.

Most people just got solar viewing glasses (if they grabbed them before they sold out everywhere), but I went one step further. I got a sheet of the stuff they use to make those glasses and did some DIY stuff to watch the eclipse even better. I covered some binoculars (the open end, not the eyepiece. That would melt the sheet, and then my eyes.) and unscrewed the halves to make some solar monoculars. Those worked really well; I could even see a few sunspots before the eclipse started.

Those worked pretty well, but I didn't have a way to take pictures, so I also covered my camera so I could take some pictures (again, the open end, as not to damage the sheet, my eyes, or the sensor in the camera. You would also need to cover the eyepiece for some cameras, but that was unnecessary for mine.). I chopped them up and put them into this collage:

Not the best quality in the world (I wish I had a telescopic lens...), but it was worth it anyway. A little better than what they could get with their smart phone cameras at least.
Last edited: Aug 22, 2017
Likes: QuackDuck and Legionite

This thread is worth reviving...

Also, I just wanted to add my designs for two logos for corporations which have not been added to TerraTech yet.
They were designed to be on the labels of the canned food, which I sent to the devs as a thank you present this year:

Unfortunately, I am not allowed to upload the PDF of the complete labels due to it's file-size.

@streak1 told me that there is a logo for Reticule Research already, which I didn't find in the Wiki. So I guess that one was just a double up.
I also recognised, that I missed out to put some yellow in this design.

The Space Junkers design is inspired by Warhammer 40k Ork-logos and was very well appreciated in the latest TT livestream by @Jamie .
Sorry to say that Jamie, but this logo was done by me and is not (yet) the offical (forgotten) logo for this corporation.
I would be very honored though, if you consider taking/making a similar design for this corporation in the future.
As I don't claim any copyrights on those gifs, feel free to use them wherever they suit you.

May the zestiness be with you.
Likes: Zeena, JimmyBlether and Jamie

Location
Near a duck pond in Britain

I draw stuff in my free time, usually only in pencil and without colour because I can't colour. For example,

The GSO Cab (gift for the devs) 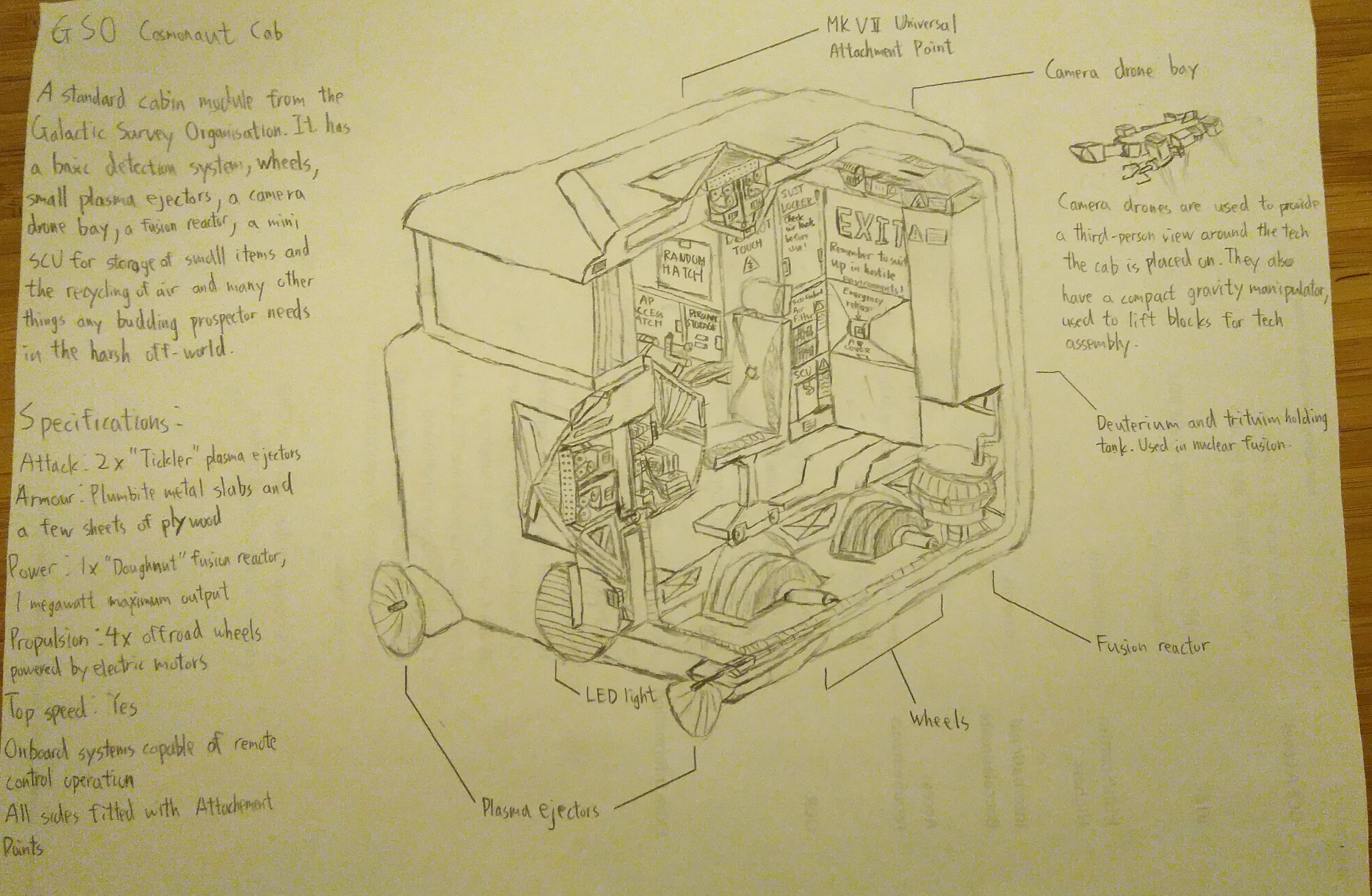 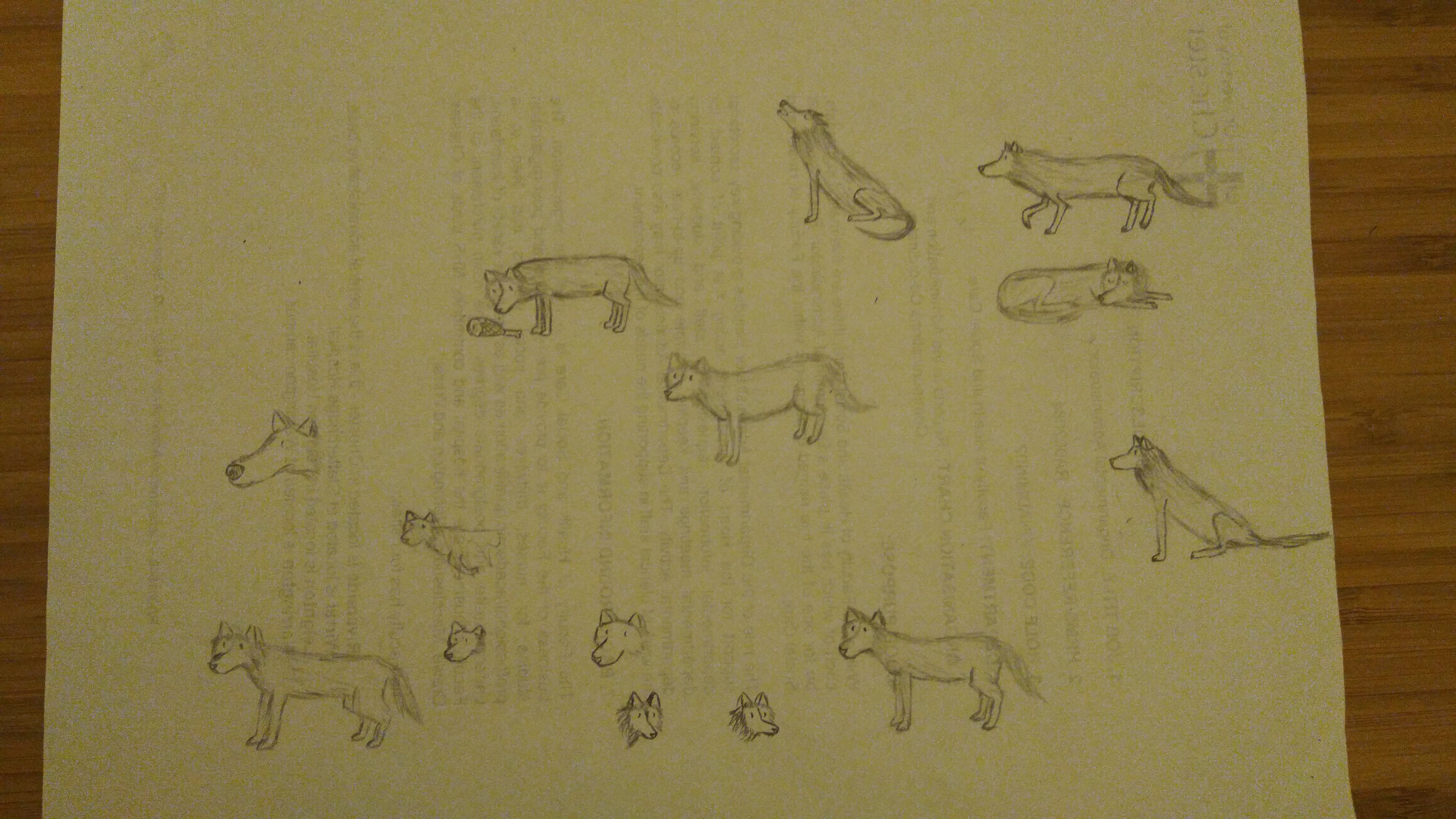 An unfinished thing which I started a month ago and still haven't finished. 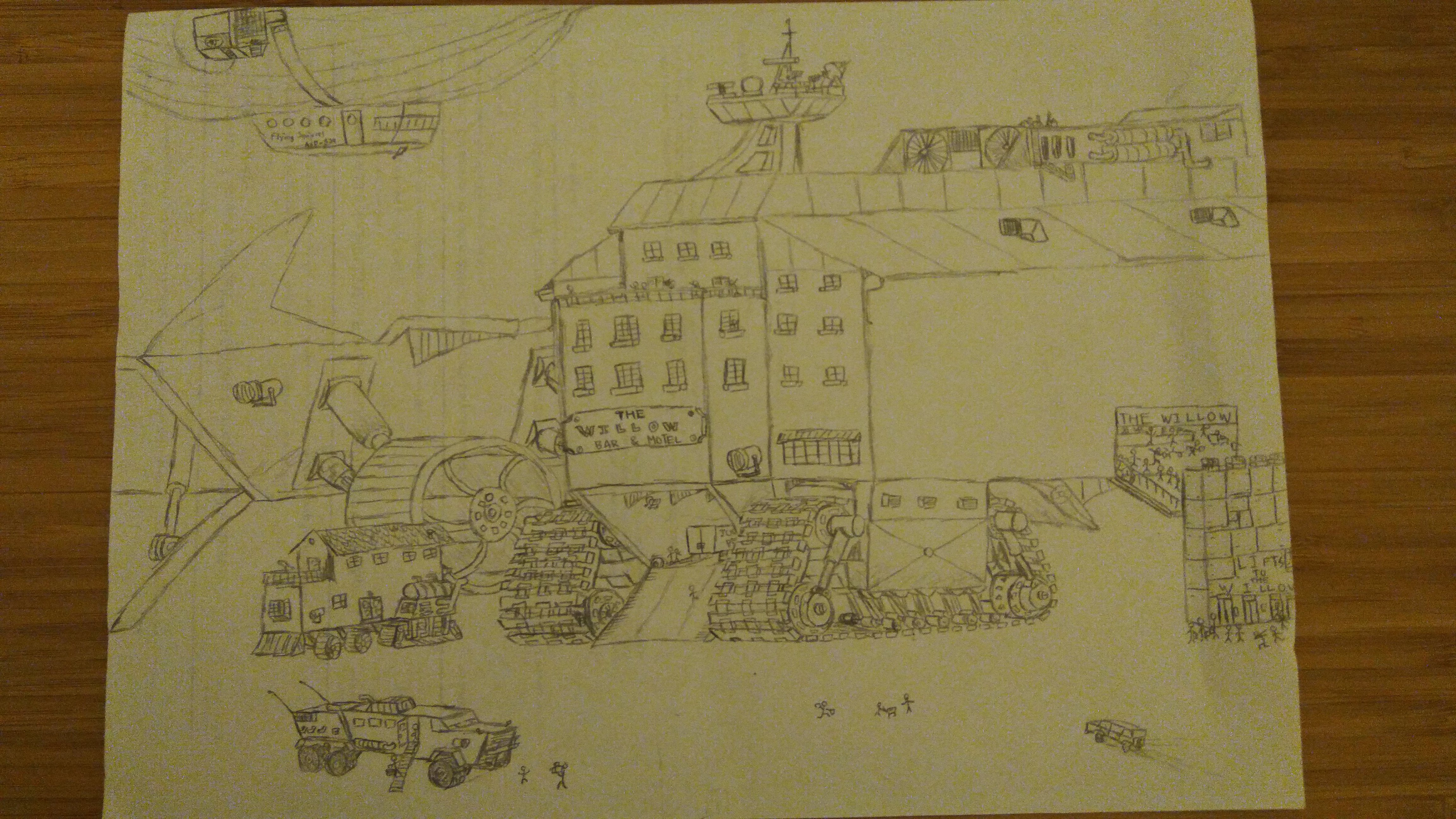 Location
Stalk me not

Ok, I'm necroing this thread! Also, now I can upload pics from my phone camera!

I drew a lightsaber hilt (meant to be mine):

What do you guys think? I based it on this:

This is it complete with a blue blade=

Sorry for the size, I cropped it so only the saber was in the frame.

I'm also meant to have a shorter, second lightsaber but I cant get around to making it.
Last edited: Feb 8, 2018
Likes: Lord Zarnox and Potato

My last posts were in march, after development of my planet mod for Kerbal Space Program had been going for just 2 months.
Now, after a year of development, here are the planets now: 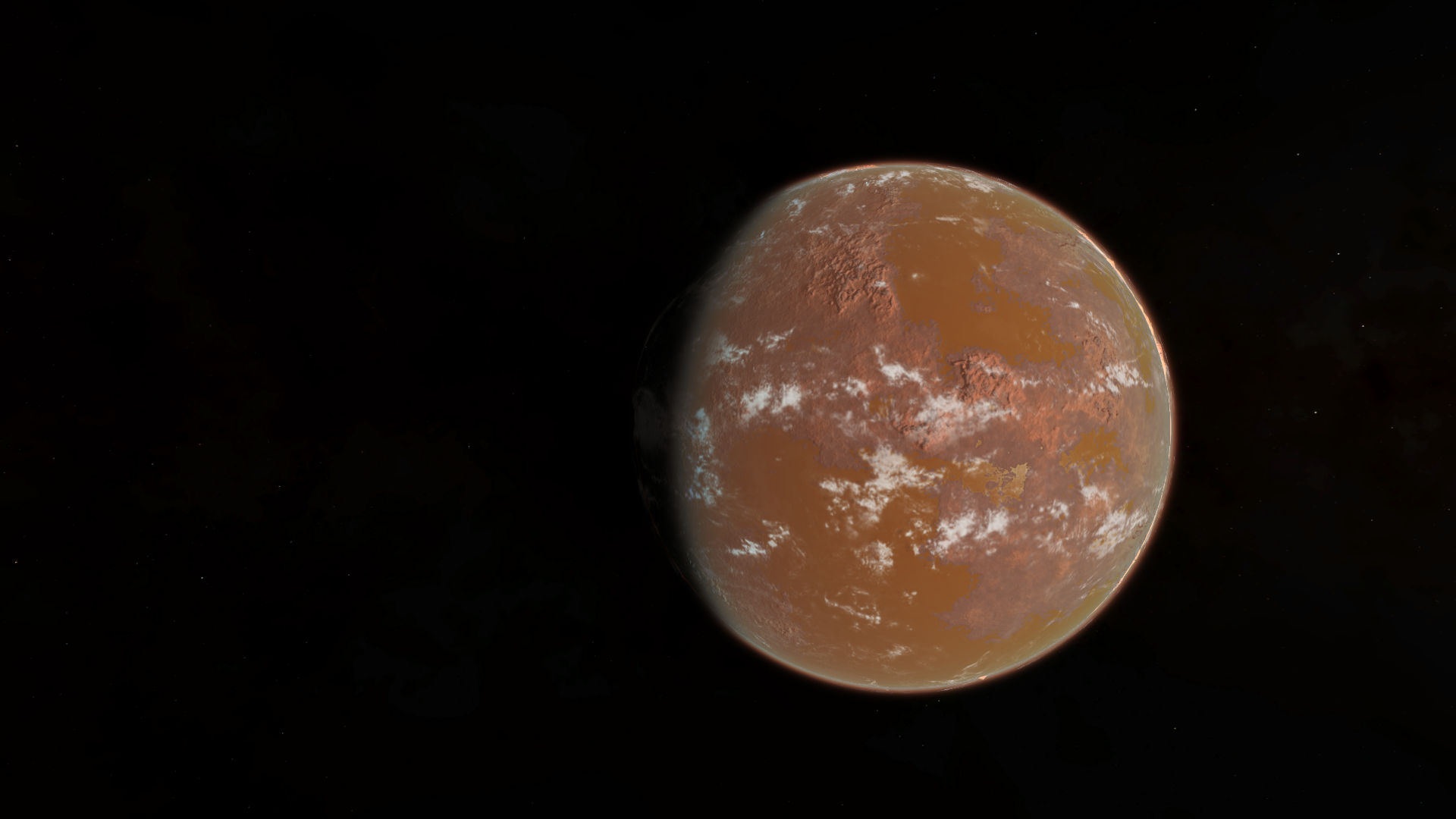 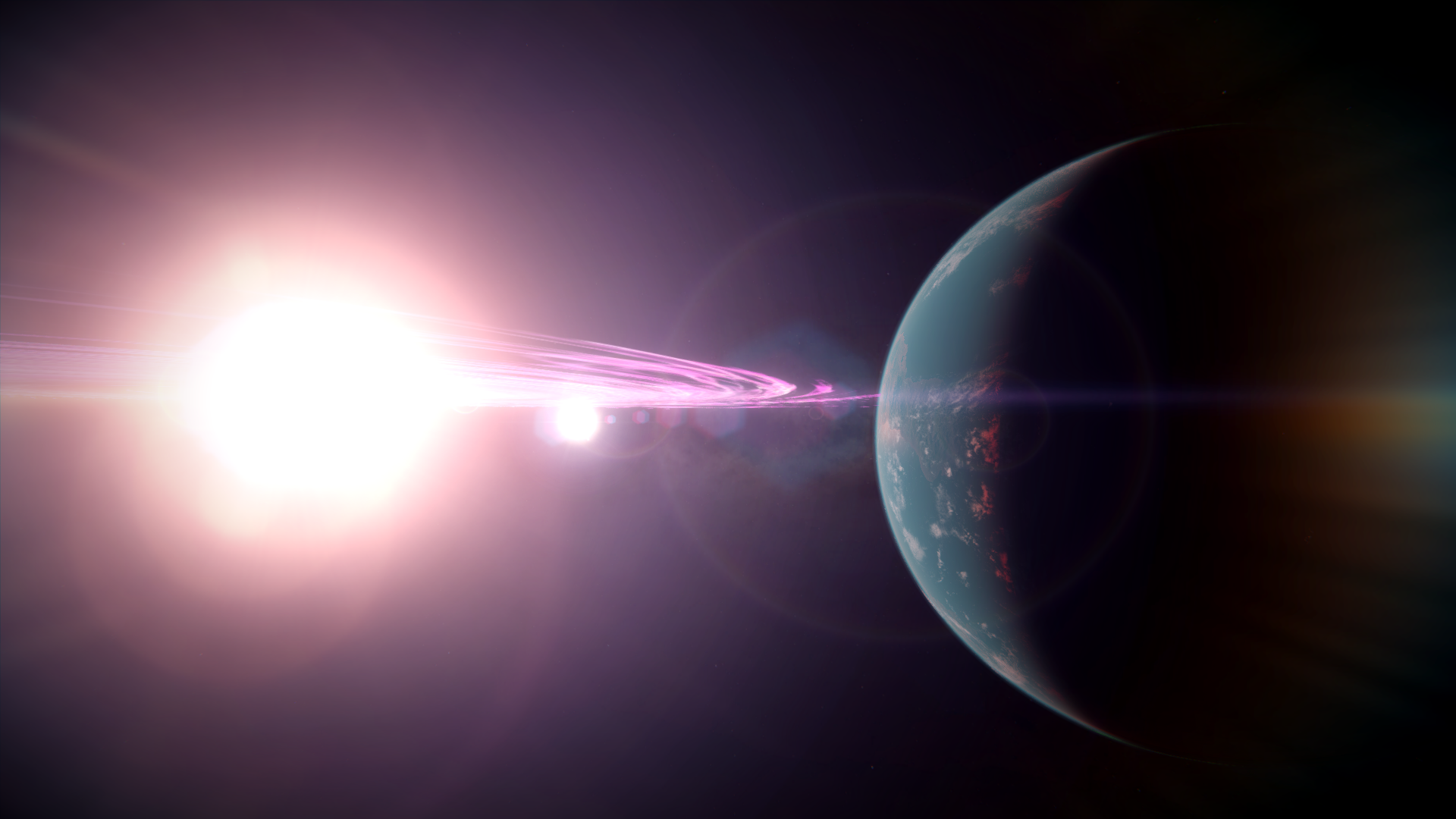 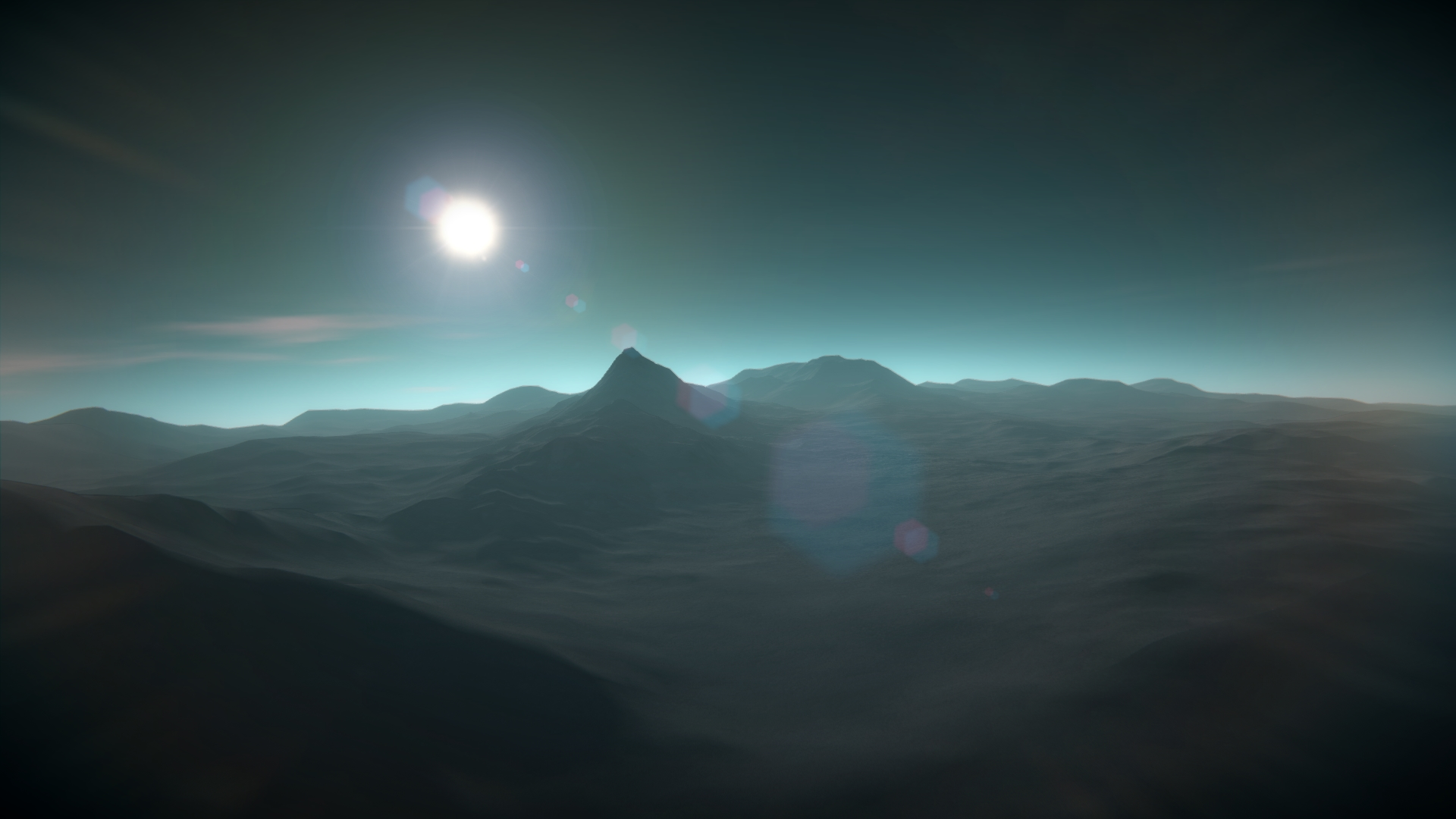 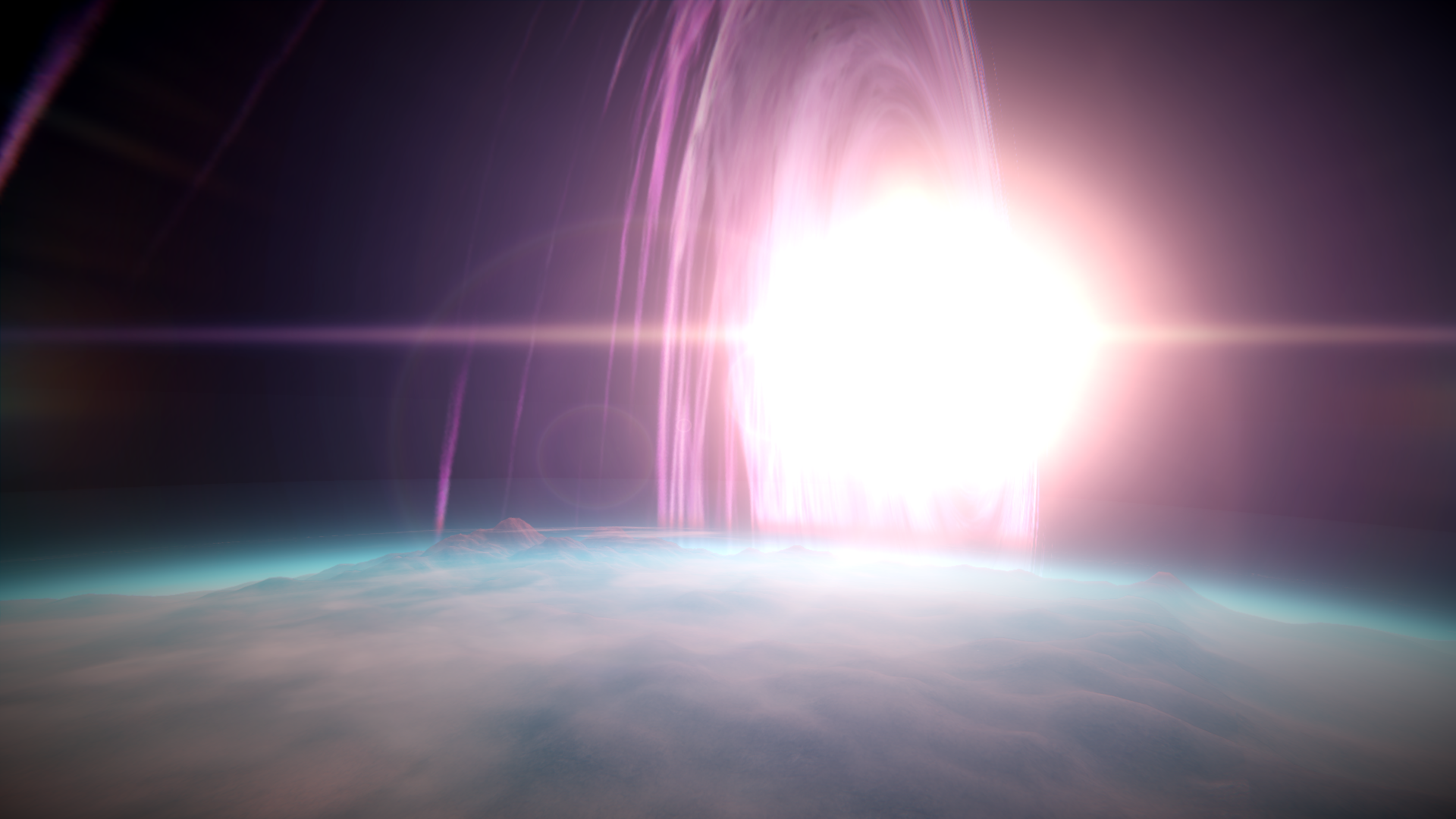 Gameslinx said:
My last posts were in march, after development of my planet mod for Kerbal Space Program had been going for just 2 months.
Now, after a year of development, here are the planets now:

Click to expand...
Awesome!!! Is the last one the sun??? It looks crazy with the disc.

JimmyBlether said:
Awesome!!! Is the last one the sun??? It looks crazy with the disc.

Crazy good.
Click to expand...
The last one is an unnaturally bright brown dwarf star.
I also tried making some images which could show on the loading screen. To make them more diverse, i started playing with the text like in the following: 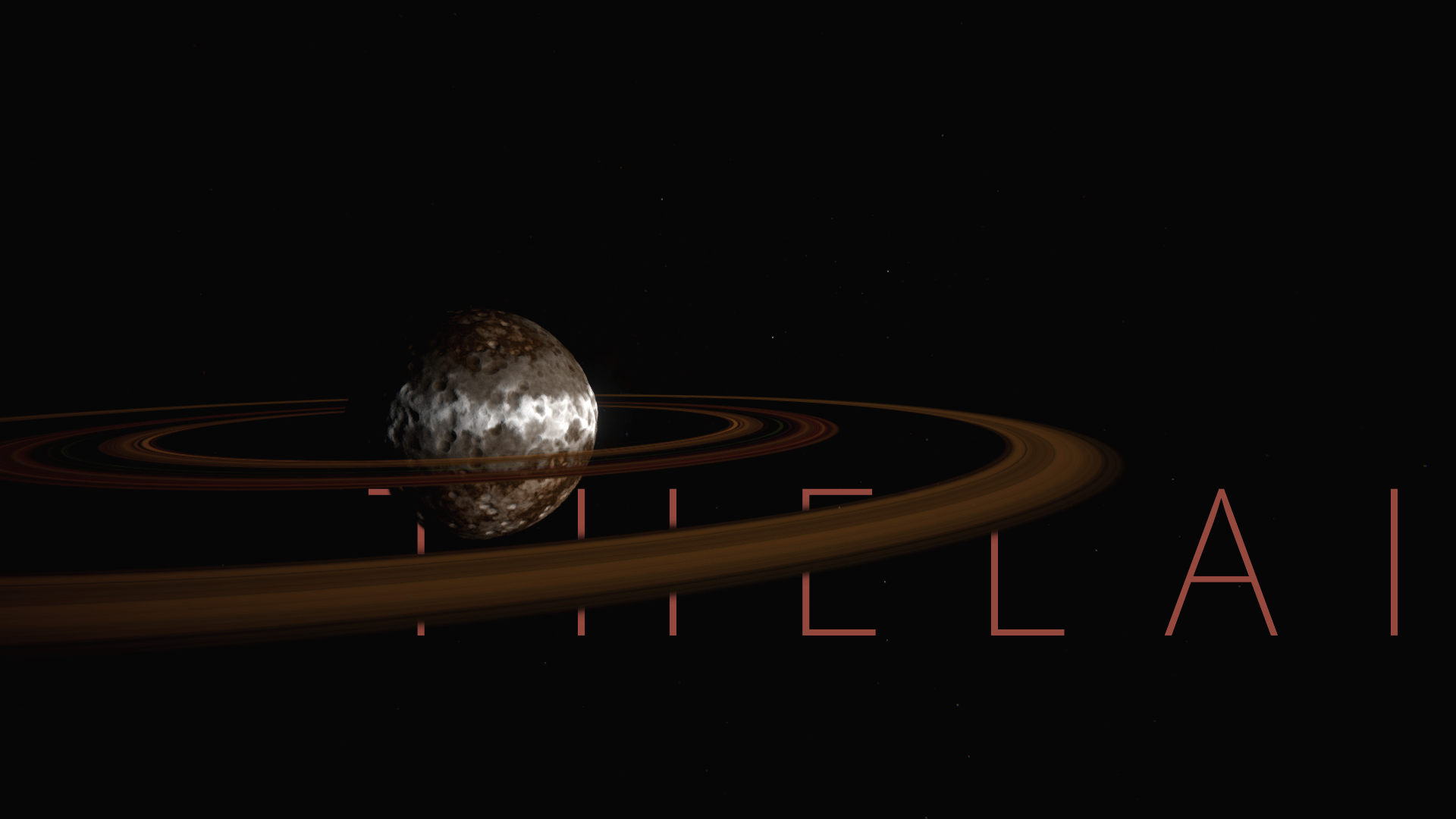 Gameslinx said:
The last one is an unnaturally bright brown dwarf star.
I also tried making some images which could show on the loading screen. To make them more diverse, i started playing with the text like in the following:

Click to expand...
Some brown dwarf then! Maybe an incredibly low mass star instead? Whats it for?
Likes: Gameslinx

JimmyBlether said:
Some brown dwarf then! Maybe an incredibly low mass star instead? Whats it for?
Click to expand...
It holds 9 planets around the star which you can land on (as is the norm in KSP). It's there to look pretty and majestic. It's unrealistically bright, but I otherwise hate brown dwarves for the very reason that they're dull
Likes: Lord Zarnox and JimmyBlether

Gameslinx said:
It holds 9 planets around the star which you can land on (as is the norm in KSP). It's there to look pretty and majestic. It's unrealistically bright, but I otherwise hate brown dwarves for the very reason that they're dull
Click to expand...
Nice! Whats the pack called?
Is it released?

JimmyBlether said:
Nice! Whats the pack called?
Is it released?
Click to expand...
Gameslinx's Planet Overhaul, it has been released for a year
Requires KSP1.3.1 and at least 6GB of RAM
Likes: JimmyBlether