You'll be able to watch them in action on Wednesday 25th Aug from 4pm UK Time on Twitch:

This thread will be archived just before the stream to make way for the next wave of Community Core submissions.
Last edited: Aug 23, 2021
Reactions: Cupholder

Warning. This submission requires piloting skills.
A Micro-Battleship. Simple. Except it's not.
This tech is a SPACE tech, it will pilot as though in space.
Have darklight skins per usual of usual.
CONTROLS:
W-S, pitch.
E-Q, roll
A-D, yawl
Up-Down, lift
Left-Right, strafe
Left Shift, acceleration.

It can anchor while "upside down" and is doing just that when you load in so do not press B. It will just make the game set it to anchor mode and fail. If you go into build-beam I will be very disappointed. Also mind the recoil.
Matt's link: https://steamcommunity.com/sharedfiles/filedetails/?edit=true&id=2572519151

I have a battleite (battling satelite)
once charged can float(fly) at any altitiude and can anchor within range of the sky anchors, and so far has had no challenge from any of the invading fleas in a campaign
uses hovercraft controls

The attached single player creative save file has the following two techs:

Bricker- a mobile base capable of harvesting, scrapping, and creating GSO resource blocks while selling components. Not the prettiest, but it gets the job done. Remember to anchor so the scrappers and fabricators can do their work.

Yeah, I'm gonna take my rocket to the old town road~~♪♪♪
I'm gonna ride 'til I can't no more~~~♪♪♪

Doing something I shouldn't

The TSAR is a tech that uses gravity magnifiers from Better Future to go from up to down REALLY fast, impaling anything that interrupts it's path. If you want to put a tech in the way you can, the bigger the better.

INSTRUCTIONS: Use wasd keys and up/down arrows to get above an enemy, use build beam to stabilize and center yourself directly in above the center of the tech (use the light to indicate where you are). Then, use the up arrow to go up to 5000ft, build beam and press x!

It takes a while to get up there but the wait is worth it!

"The vast-ness of Russia devours us" - Gerd von Rundstedt 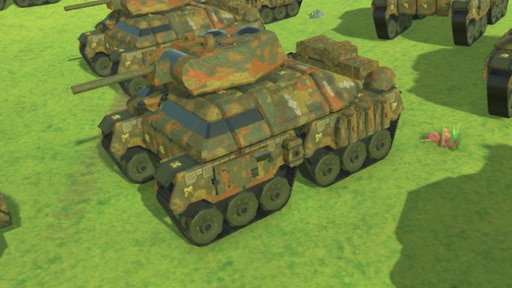 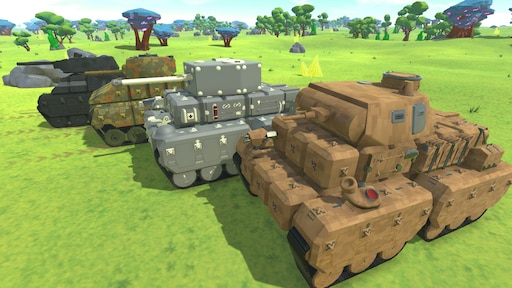 Shield switch is located on the bottom corner.

Introducing The Hoverboard - The dawn of aerial transport and destruction.

Initially purposed for passing Gauntlet without touching the ground, the first iteration is geared for velocity and agility while forgoing armament and defense due to power blocks losing utility in Gauntlet (talking about officially recognized exploits like hoverbug, aren't we?). Powered exclusively by a myriad of BF adjustment thrusters with the stabilization computer and gyros holding their ground, the hoverboard is rather responsive in regards to acceleration, on top of keeping its top speed, though turning can be an issue without slowing down.

The armed variant replaces the vast majority of thrusters with their HE counterparts, providing it with slightly more speed and agility at the cost of attachment points. Additionally, it features six missile launchers and bomb bays to pummel the enemy from above while remaining out of range. A number of repair bubbles and shields are also employed to intercept enemy missiles and negate their damage. It doesn't have much battery capacity with all these HE batteries, but they offer more APs than the BF ones and are still light enough for it.

As for the skins they won't matter. While I paid Payload with my supportive cause, I bet there are tons of workshop skins out there too.

yo matt did you forget?

Darvin said:
yo matt did you forget?

Did I miss the livestream? Where can I find them?

john10112 said:
Did I miss the livestream? Where can I find them?
Click to expand...

I don’t think it was on this week

Doing something I shouldn't

I don't think it happened. I'm pretty sure that's what Darvin is laughing about as well.

Sorry for missing this week's stream everyone! We'll do this Comm Core next Wednesday instead. So that gives you another week to build even more things!.
Reactions: Darvin, Cupholder and Aardvark123
F

Does that mean if I submit a save file with two techs to show off in it you'd be okay with that? I already had another tech for next week.

Falchoin said:
Does that mean if I submit a save file with two techs to show off in it you'd be okay with that? I already had another tech for next week.
Click to expand...

Yeah, that'll be fine. We can have a bumper week next week.
Reactions: Darvin, Falchoin and Cupholder

Matt said:
Yeah, that'll be fine. We can have a bumper week next week.
Click to expand...

WASD to move, QE for strafe
no mods

you'll spawn in front of the 3000m track but you're welcome to go wherever. there are some simple enemies along the track that you can fight, but since this thing only has 7 small batteries and a lookout cab, it doesn't last very long under fire. you can beat all of them if you keep moving around. one strategy is to orbit the enemies using strafe while keeping the head pointed at the target to maintain uninterrupted fire.