You'll be able to watch them in action on Wednesday 11th February from 4pm UK Time on Twitch:

This thread will be archived just before the stream to make way for the next wave of Community Core submissions.
Reactions: Sebby, Legionite, Aardvark123 and 2 others

GSO One Block, Erudian Seam,
Flan pudding and Plumbite Ore!
I summon the one and greatest stream,
Rise from Twitch depths, Community Core!
Reactions: Sebby, Legionite, Matt and 2 others 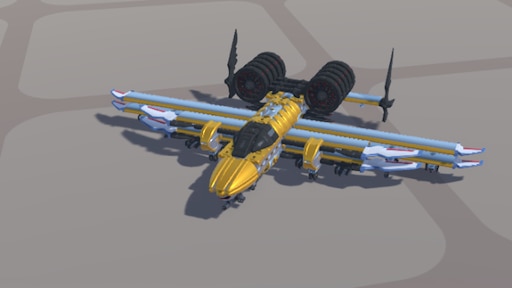 Have all required mods on the steam page installed. There is also a tech on an explosive bolt which you can use to traverse the HQ. I also recommend using your free-camera cheat code to look around the HQ too. It has so much detail it's near the block quantity threshold where the game starts to lag from it's existence.
Also please... set Gamma to minimum.. It makes it look MUCH better.

It is available on the workshop as I don't believe Matt gave it enough showcase love. Not looking at it's details.
Workshop link: 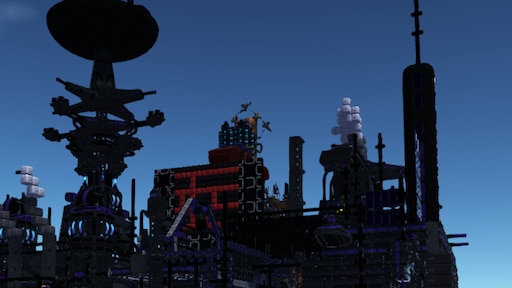 For 6 months on the dot I had an airship, the pride and joy of my co-op campaign save. It was able to smite down any foe whom came upon it and rip their blocks off of their own face for the hoarding. However, as time went by, it was evident that the hull was outdated and so was the internal mechanisms. Personally, I had gotten far better at building within the 6 months, and I decided it was time for it to be retired, as standards had kept rising and the old barge of a ship couldn't keep up.
Thus, I bring you Crescent, the new flagship of my co-op campaign save. Equipped with more high quality lasers, more hull armor, more hoverbug, more cannons, more boosters, and practically being an Executor at this point, Crescent can suit your needs in titan slaying and salvage operations. As per with the previous layout, the megaton broadside cannons are mounted topside with the lasers covering the underside as to make sure you don't destroy any good findings from whatever poor soul ends up under the 28 cyber discs and 12 CLAW plasma beams.
The main drawbacks of Crescent are that it has a very high power consumption, doesn't include chargers (the adopted fleet strategy that has been adopted mandates that each ship has solar panels and a sky anchor, though a supply charging ship is planned), and that the magnets are lesser in numbers, though it still gets what needs to be gotten.
Yeah, I spent about 6 hours on this thing. I should probably also put most of this information in the workshop entry (which has the skins instructions btw), but meh. Also beware of the power controller on the left side of the command tower, as the bubbles are off in the snap.
Time for the fun.
Controls: Crescent is an anti-grav hoverbug hybrid airship. Being that is uses a passive x pitch trim gyro setup, all controls are viable. W/S acceleration, A/D yaw, Q/E strafe, ctrl boosters, up arrow/down arrow lift, left arrow/ right arrow roll, page up/page down pitch.
Now that we've got that out of the way, here are my personal tips for handling it.
Don't over-steer, and if you do, counter-steer.
Strafing is not balanced and is only useful for circling maneuvers.
Pitch is useful if you want to pelt something with the 23 battleship cannons, or if you want to alter your course while moving forwards.
Roll is useful if you want to broadside with the top cannons.
Don't hold forwards while turning, it makes the circle larger, unless you want that.
The boosters can be used for rapid acceleration into ascension with pitch or a distanced spin to lob a volley of battleship cannon shells.
The ship naturally pitches up while moving forwards. This is countered when you use the boosters, or you can manually tap page down. 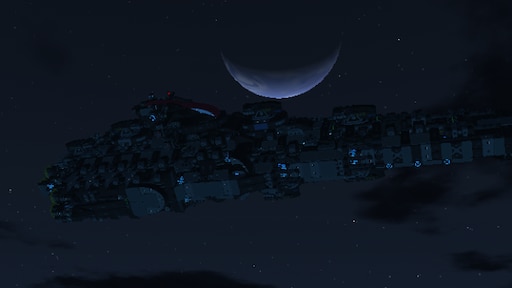 As an added bonus, I'm including a special charger that utilizes two bugs at once!
Not only is it instantly charged on deploy no matter the situation, but it's halfway underground!
(snap attached)
Feel free to use it to charge others' techs, though you might want to void it if it causes too much lag standing alone. 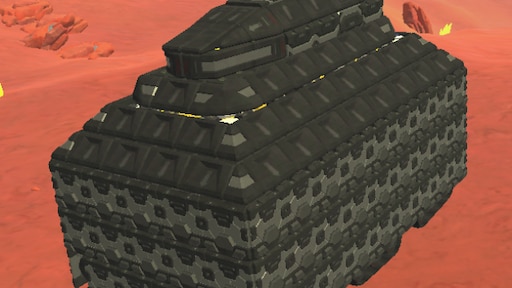 It has batteries and bubbles(shield and repair) so carge it when use. Also it has guns that hiding inside that they show their barrels when enemy is near.
so guns can only shot when enemy is near(Exept shotguns because they used for decoration). 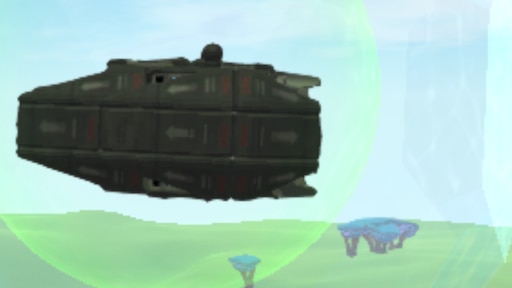 This is Jeepington, a campaign tech I made for space efficiency. It was supposed to be no more than 7x7x7 blocks, but I decided early on that drills don't count, and subsequently that firework launchers don't count either.

A nifty little (almost) all Venture hover
goes fast and handles quite well
also has a nice lil tophat
use up and down controls as pitch controls, this will let you fly
Reactions: Matt and Aardvark123

100km from yours and approaching rapidly

A tech also using the directional shields, however in a somewhat different way