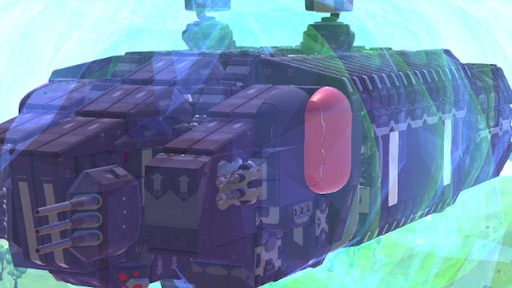 note: land before deploying the allies deploying in air might result in them staying high in the air. X to deploy. 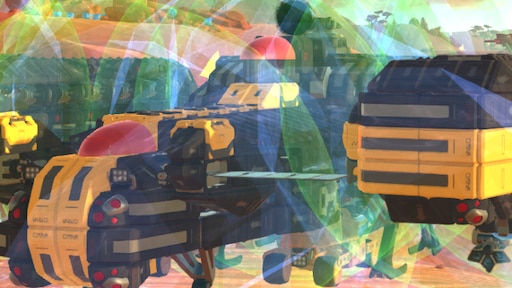 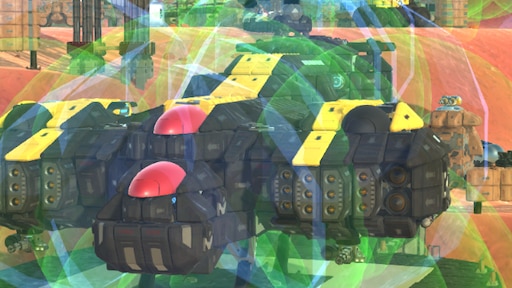 note: all 4 techs use hover controls but are fliers. their controls have strafe and side pitch bound to the same key. hit X to deploy combat allies. flight slightly varries for each one but are mostly the same. All builds use crosscorps skin packs, a few use DLC skins and one uses rafs.

EDIT missed the three limit, so removing the one bellow from submissions. 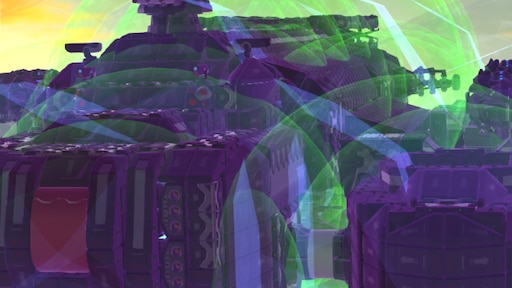 I have three techs, all of which have seen prior combat. Yeah that was basically my gimmick for choosing my submissions. Yes, they are built for to kill then to look pretty, but honestly, I don't care. 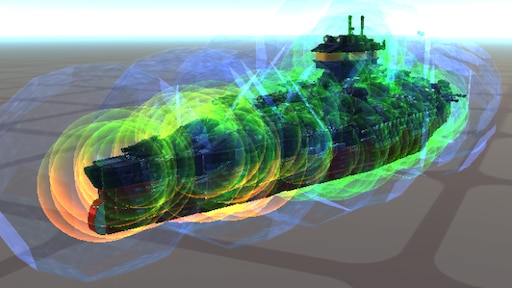 steamcommunity.com
Chase and Erase RW, the reworked version of the ship I had entered for the naval warfare challenge.
Instructions: Standard hovercraft controls
Notes: Turning is faster when not holding forwards
Turning may cause some of the VEN hoverpads to touch the ground and take damage, that is their intent. 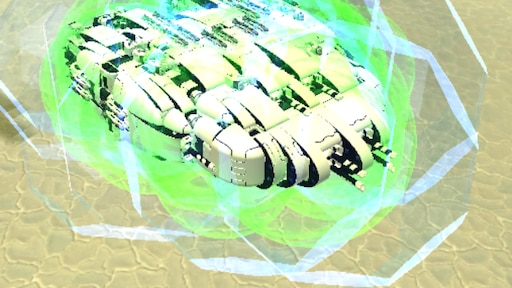 steamcommunity.com
Solarius RW, the reworked version of Solarius
Instructions: Standard plane controls, acceleration boosters
Notes: The ...plane? Whatever it is, it flies off of ion drives, and heavily relies on them. It has a low wing count, meaning that maneuvering while holding shift/acceleration is a bad idea. You should always let go of your forwards movement when you want to spin around. Since it also has a massive amount of adjustment thrusters and boosters, you can pair all 3 for insane maneuverability, at the cost of being hard to manipulate it all at once. Matt, I doubt you'll be able to fly this well, but it's worth a shot to show it off.
It's that weird mix of a fighter and bomber. It has avalanches for standard dogfighting, cruise missiles for strike attacks, and BS cannons for basically everything, if you're good with manual aim.
Being that it flies on ion drives, it also has ion drives pointing in directions other than forwards, so it is heavily recommended that you have shift only bound to acceleration and not propellers.
Probably should've included in instructions: Takeoff can be a pain, if you want you can tip it backwards and launch like that, or use the ion drives to get it to substantial speed, then switch to boosters and cut the main acceleration, pitch up(s), and when you've got the right angle let go of pitch and turn on main acceleration again so you have both thrusters and boosters going so you can take off. Yes, it is a pain. 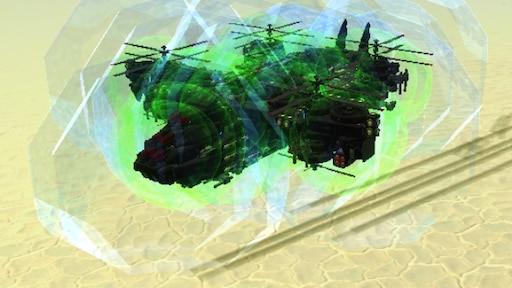 steamcommunity.com
The Hawk
Instructions: Standard helicopter controls, lift boosters, acceleration set to shift
Notes: The Hawk is a heavy helicopter, probably within the gunship category. It doesn't maneuver fast, though the pitch boosters are there because its intense weight make ascension difficult. As a side effect, you can have rotors off and use the boosters for a safe landing.
It uses forwards acceleration as its main method of movement.

Final notes: The skins on the techs are very likely to get messed up, and sadly there's nothing I can do about it

Hey look something shiny and green, probably means there's something new here
Speaking of skins, I forgot to mention which ones. Though they are listed as required items on the workshop page, I'll say them here. It is guaranteed that they will mess up, since at the time of creation of each I added one or more skin to my collection.
Chase and Erase RW: Rafs' Skins Megapack
Red army for the lower hull, Luxury for the bulbous bow, Enzo for the VEN blocks (on lower hull), Prospector for the BF slopes on the command tower, and Crosscorp skins for the rest, all set to HE. (Oh yeah, the starboard gigaton is misplaced, one block forwards)
Solarius: Crosscorp skins, all set to BF except for VEN, which is set to GSO
The Hawk: Crosscorp skins, all set to HE.
Last edited: Oct 7, 2020
Reactions: Aardvark123, Darvin, Matt and 1 other person

Thanks for all the submissions!

I'm going to close this thread now so I can prepare them all for today's stream.

Make sure you tune in at 4pm UK Time at twitch.tv/terratechgame
Reactions: General Douglas, NotExactlyHero, Kupcha and 2 others