After about an hour of testing Co-Op Creative, mostly with a friend there are a few things I've noticed which could be a bug, or perhaps oversights in design? Of course, I never wish to complain about something if it is a design choice, but I would like to know whether some things that seemed strange is definitely desired or point them out if not. 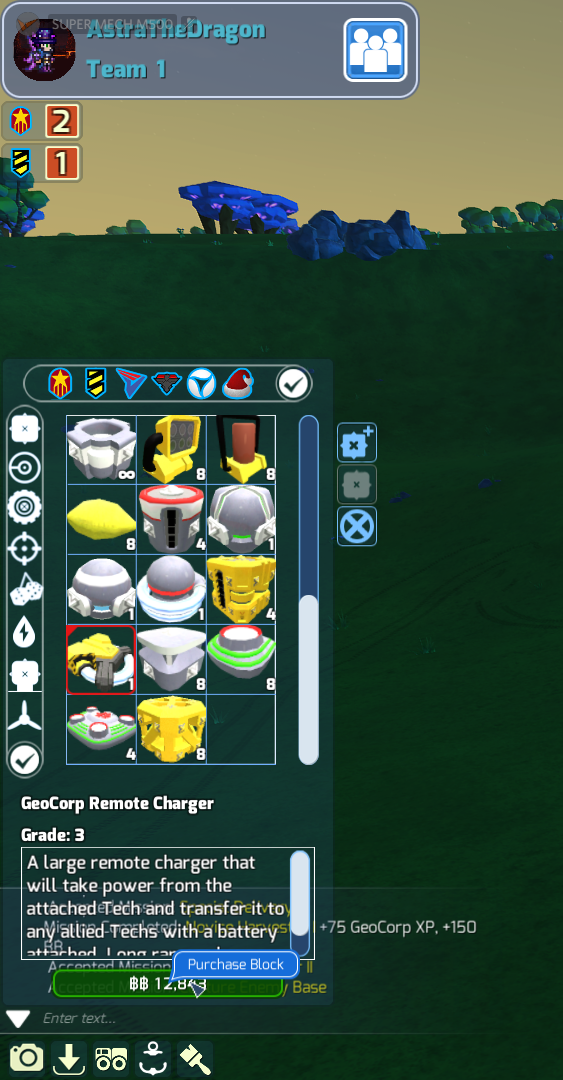 As this was mainly a bug thread, I'll keep my praise short and sweet. I think the handling of missions and licenses as well as money works quite well. I think the early game balance is reasonably unaffected and is true to the single-player campaign, and I thought that balance worked quite well, alhough I would perhaps say that the free blocks you start with might be a bit generous when the first enemy tech you're against is only Double Drill Nose . All in all I was very impressed and had a lot of fun. This is definitely an update in the right direction!
Astra.
Likes: Galrex, ZeroGravitas, Aardvark123 and 1 other person
You must log in or register to reply here.
Share: Facebook Twitter Reddit Pinterest Tumblr WhatsApp Email Link