All of these full silos flipped the order of their stacked resources upon un-pausing the Pacemaker, after reloading the R&D save (attached), as shown:


Not sure if related to other (recent) issues: position of stored resources glitching out, receivers taking from other receivers.

Still happens in 0.8.2. In fact, we can see that the Silo order flips *twice*: once when loading and again when un-pausing. (By tabbing out, we can skip the loading fade-in.)

Also posted in this thread.

Blocks stacked in Scrappers also flip their order, but only once, directly upon loading, not unpausing.

@Zorgomol thinks that this flipping is what's causing the (new) Silo dropping bug:

Zorgomol said:
Base spawning puts silo resources in opposite order compared to the silo update.

Consequences? At base spawning, physics notices that chunk positions have changed a whole lot, assumes they got bumped heavily by collisions or explosions and assigns high velocity that sends stuff flying sky high. Kind of if you shoot missiles at a full silo stack.
Click to expand...

But I don't think the dropping is prevalent enough for this explanation, alone. Or chaotic enough. (Could be related.)

I mean, the resources are passing through each other so that they are all instantaneously occupying the same location at one point... 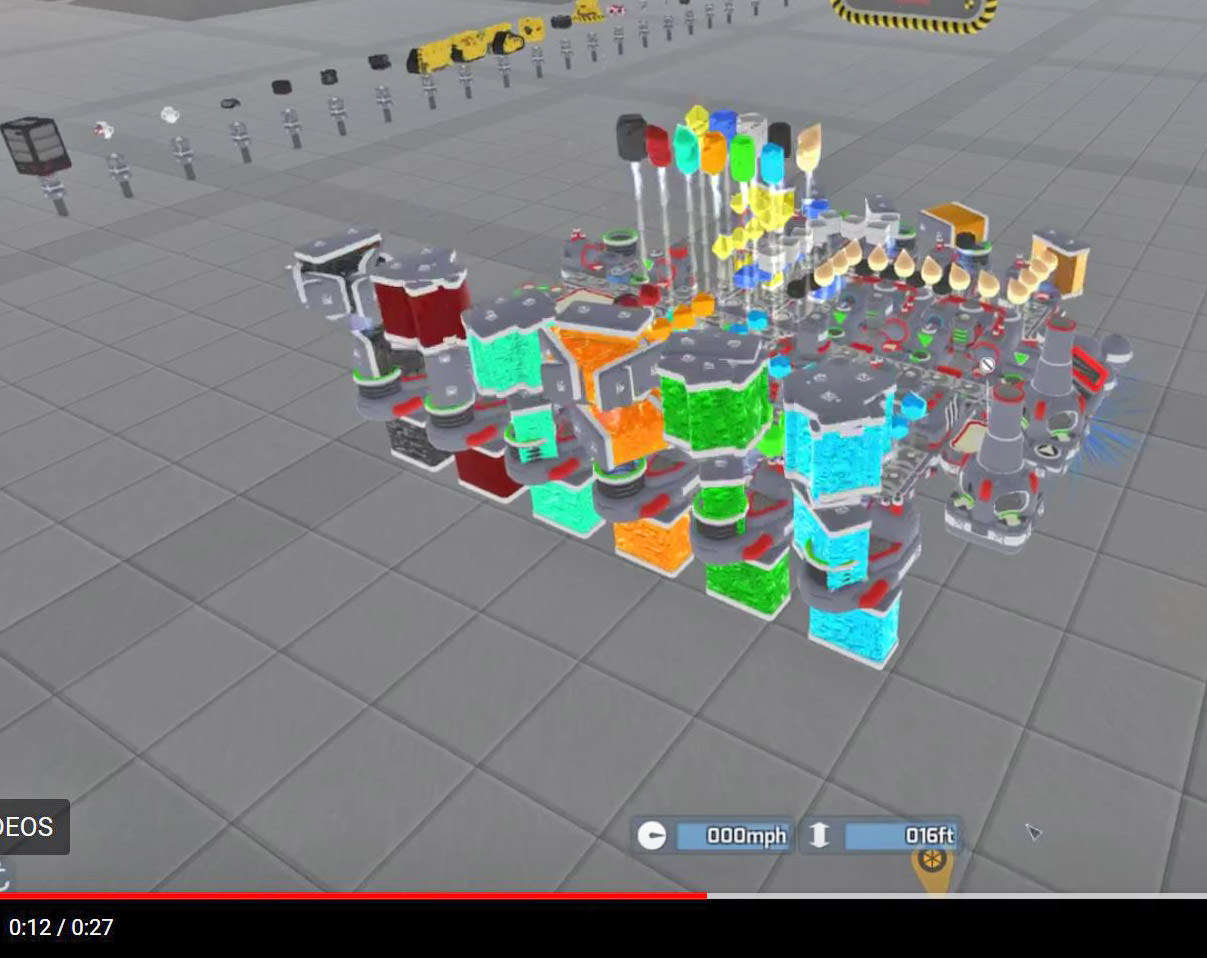 ... And yet, a lot of the time nothing goes wrong. And when dropping does happen, it's only in *some* Silos (in my experience). So their collision physics being spuriously enabled shouldn't cover it (unless that is the bit that's haphazardly applied).
Last edited: Jul 22, 2018
You must log in or register to reply here.
Share:
Facebook Twitter Reddit Pinterest Tumblr WhatsApp Email Link