On 2 repetitions of loading a new creative mode, with enemy spawns enabled, I saw only 2 enemy techs, near to the spawn point, and then 1, or none in 10 minutes or so of wandering about.

This the same for other people? Was it working in 0.7.6.5? I don't think I properly tested it out there. How many are intended and at what levels? (Equivalent to campaign with maxed out licences?)
Last edited: Sep 7, 2017

Does this issue continue if you save and reload @ZeroGravitas ? If so, can you upload the save please? If not, seed might be handy here

ZeroGravitas said:
This the same for other people? Was it working in 0.7.6.5?
Click to expand...

Not happening to me. This new feature has worked for me since 0.7.6.5. The enemies are spawning like crazy in my world, if I stay in one spot long enough. They all seem to be megaton pyramids.
Reactions: ZeroGravitas

ZeroGravitas said:
On 2 repetitions of loading a new creative mode, with enemy spawns enabled, I saw only 2 enemy techs, near to the spawn point, and then 1, or none in 10 minutes or so of wandering about.
Click to expand...

I have found that wondering about causes enemies to not spawn that often for some reason in campaign.
Creative probably uses the same spawning system.

Staying stationary usually attracts many enemies, so why not try to build a base in the meanwhile and wait to see if the enemies accumulate?

OK, so this appears to be a continuation of the "Position blocked"/spawns blocked bug.

I can get spawns fine (and some quite interesting enemies too ). But, after sending my corrupting tech to inventory (a hardened charging station, attached) all enemy spawns stop. No position blocked problem (for the most part - well, a bit, later on, with a different MO, possibly unrelated). And I've not had the main menu blank out either.

It appears this situation can (sometimes) be cleared, by killing yourself (e.g. ramming your only cab into a rock, hard). Having had zero spawns in 7 minutes, I then got 2 in 30 seconds, and continuing. (I tested the lack of spawns for longer on previous occasions.)

Exiting game and reloading seemed to clear it too, so even though I had no spawns when I made the attached save file, it should still look fine if you fire it up. I've included a bunch of my problem charging techs right there, though, so you can try borking spawns for yourself. (Note: you will likely get 1 or 2 enemies spawn in almost immediately upon loading, so bear that in mind.)


And I've not noticed any difference between moving and staying still, here, @Legionite (although sometimes in campaign, in the past, there have seemed to be quiet spells).


I also had a bunch of problems with the build beam glitching. But I guess that's to be expected if there's been no major fixes to that since my (and Zed's) last reports...?; perhaps just a new manifestation - invisible build beam after dying (to an enemy) and respawning (as the same tech, made new). And atrocious FPS until leaving the invisible beam. Repeatedly, and then repeatedly not. About half the time. Also BB getting stuck on a plane and on an AI tech. just a mess really. 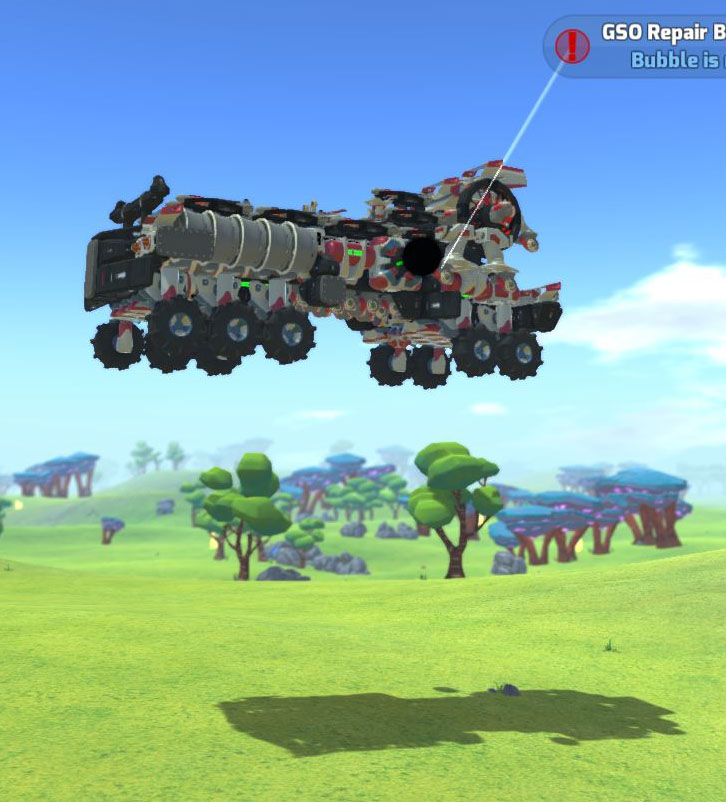 New thread for this, with video(s)?

@ZeroGravitas I tried to repeat your issue with no enemies spawning in Creative, using the snapshots that we know reproduced the place tech issue, and so far I've not had it occur. This is in our internal test build, so hopefully the issue will not occur in the forthcoming Unstable build. Of course, let me know if you can repeat it. Cheers

Err, @Adriano, why cannot we change allegiance of techs in creative. Would be pretty good to.

@JimmyBlether You can in the Unstable version of the game. Will be available in the next Stable build, which will hopefully be released next week

Adriano said:
@JimmyBlether You can in the Unstable version of the game. Will be available in the next Stable build, which will hopefully be released next week
Click to expand...

I use unstable. Doesn't work though. I mean the enemy switching in R&D.

Adriano said:
I've not had it occur. This is in our internal test build, so hopefully the issue will not occur in the forthcoming Unstable build.
Click to expand...

Re-spawning in creative was even more bugged for me, though: came back as an entirely different tech the first time I died, as well as being invisibly suspended high in the air... Not sure it's really worth making any more bug reports currently, though, with so much in flux. (I'm Sure you can note it down if you see fit.)